ADB stands for Asian Development Bank. It is a regional development bank that was established on 19th December 1966 with the objective of eliminating poverty in the Asia-Pacific Region.The Asian Development Bank is headquartered in Mandaluyong, Metro Manila, Philippines and has 31 field offices in Asia and Pacific region and representative offices in Washington, Frankfurt, Tokyo and Sydney. The ‘US’ and ‘Japan’ are the largest shareholders in ADB, being the two main donors and have usually been blamed for having extremely impacted the major lending, policy and staffing decisions. ADB is a type of ‘multilateral development bank with the main aim of social and economic development. Initially when ADB was established in the year 1966, there were 31 member countries and currently it has 68 member countries as on 23rd March 2019 out of which 49 members are from the Asian Pacific Region and remaining 19 members from other regions. Any member country can opt out of the membership anytime.

The ADB or Asian Development Bank was formed or designed majorly on the model of the World Bank which is also an international financial organization which provides loans to world countries for capital projects.The highest policy-making body of the ‘Asian Development Bank’ is the ‘Board of Governors’ that constitutes of one representative each from one member state. The Board of Governors is also responsible for electing the President of the bank who also acts as the chairperson of the Board of Directors and is mainly responsible for managing the bank and its activities.The Asian Development Bank is being headed by a ‘president’ since it was initiated in 1966. The first president of ADB was Takeshi Watanabe from Japan and the current president of ADB is Takehiko Nakao who is also from Japan who was elected as the 9th president of ADB in 2013 and succeeded Haruhiko Kuroda.

ADB or the Asian Development Bank also contains an ‘information disclosure policy’ that believes all information that is processed by the organization should be disclosed or shared with the public, till the time there is any particular reason to keep the information privileged. ADB is supposed to share any kind of information and documents whenever asked for, except the information which may threaten or endanger the safety, security or personal privacy and any other privileged information.

ADB receives its funding /capital by issuing bonds on the world’s capital markets. The contributions made by the member countries, the earnings reserved from the lending activities and loan repayments.

India has been connected with the Asian Development Bank, since its inception. India was one of the founding members of ADB and presently fourth-largest shareholder. ADB’s operations started in India around 1986 after India proposed to become a borrowing member. 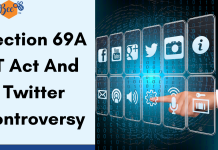 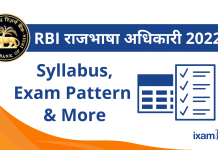 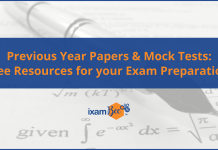