“Where the mind is without fear and the head is held high, where knowledge is free. Where the world has not been broken up into fragments by narrow domestic walls. Where words come out from the depth of truth, where tireless striving stretches its arms toward perfection. Where the clear stream of reason has not lost its way into the dreary desert sand of dead habit. Where the mind is led forward by thee.” ― Rabindranath Tagore

On 15th August 1947, at the stroke of midnight, India won its independence against the British Colonial rule in the subcontinent. The day ushered in a new era in the history of the subcontinent with the formation of India, Pakistan and East Pakistan (now, Bangladesh). The day is observed as a national holiday in India characterised by the unfurling of the National Flag followed by the Prime Minister’s speech and march-past display at the historic Red Fort in New Delhi.

This year will mark India’s 76th year of Independence. In this article, we will map India’s journey to freedom from the British in 1947 and discuss the trajectories that lie ahead of us as a nation. We will also learn some interesting facts related to India’s independence.

We have listed down some major events and milestones that were covered through the decades before India finally achieved its independence in August 1947. In the table presented below, the First War of Indian Independence in 1847 will serve as a starting point for our narrative since it is accepted as being the first organised and united effort in overthrowing the burgeoning British establishment in India. It is infamously and incorrectly also referred to as the Sepoy Mutiny of 1847. It was not a sepoy mutiny, it was a planned uprising against the British oppression. The Occidental historians termed it so in a degrading manner.

Indian Freedom Movement Through the Decades

Provided below is a list of milestones covered during the freedom struggle. It also contains some important events and Acts that directly or indirectly contributed toward the rise of Nationalism in India and the subsequent overthrow of the British Rule in and from the subcontinent.

Merely winning independence from the British colonial rule is not the end. In fact, it was the beginning of creating the nation of our dreams. While we may have obtained political independence, there are still several hurdles that need to be crossed before we can fully realize the dream our Freedom Fighters had for India as a nation. Let us look at some of the major handicaps we face at present.

How to Celebrate Independence Day?

As India approaches its 76th birthday, we must take a pause to analyse the distance we have covered thus far and chart a blueprint for the progress we want to make in the coming years. India is one of the younger nations in the world not only in terms of its formation but demographic distribution as well. As a nation, we are brimming with talent and potential.

Although we have been hit hard by the COVID-19 pandemic, as a nation, society and economy, India is fighting every day to get back up on its feet again. On this day, let us join together to do our bit to ensure we realise our dream of becoming a superpower very soon.

Furthermore, to commemorate 75 years of India’s independence, the Government of India launched the ‘Har Ghar Tiranga’ campaign on July 22, 2022 as a part of Azadi Ka Amrit Mahotsav, to celebrate the history, culture and achievements of India and its people. This campaign has been launched to deepen our bond with the Tricolour and to encourage the citizens of the country to bring the Tricolour (Tiranga) home and hoist it.

Dos and Don’ts of Hoisting the Tricolour

Since all the citizens of the country will be participating in the Har Ghar Tiranga campaign, it is important to know and follow the rules stated in the Flag Code of India, 2002 regarding the hoisting of the national flag. Some of the dos and don’ts have been listed below- 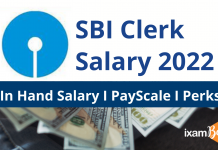 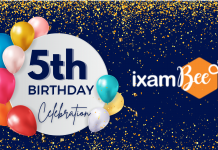 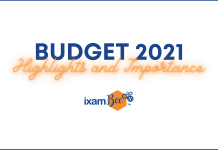