World Population Day is a United Nations-mandated holiday observed on July 11, every year. This holiday was first declared in 1989. The day is dedicated to creating awareness about population rise and related issues. This day was drawn out from the inspiration of the buzz created by “Five Billion Day” on July 11, 1987. On this day the world’s population reached 5 billion.

Topics such as this are important for your General Awareness preparation that is assessed in exams like NABARD Grade A, NABARD Grade B, FCI AGM, SBI Clerk and other banking and railway exams. Read on to learn about World Population Day.

This day is observed to increase dialogue about the urgent need to find solutions for the fast-growing population and related problems. Overpopulation hinders the socio-politico-economic development of a country. This problem is particularly potent in developing countries like India.

The United Nations Population Fund (UNFPA) was established in 1969 to improve reproductive and maternal health all over the world. In 2015, the member nations adopted the 17 Sustainable Development Goals. The UNFPA works towards Family Planning and Sustainable Development. The UNFPA works closely with organizations such as the Commission on Population & Development and the United Nations Department of Economic & Social Affairs.

The theme for this year is “Rights and choices are the answer: Whether baby boom or bust, the solution to shifting fertility rates lies in prioritizing the reproductive health and rights of all people”.

The world has been struggling to fight against the COVID-19 pandemic for over a year now. We are in a peculiar situation wherein there have been thousands of deaths in the last months. However, the population problem is different for different countries. The periods of lockdown, both in India and abroad, have exposed several related problems such as gender inequality, domestic violence, gender-based violence and the crumbling mental health of the youth.

In a country like India, World Population Day holds special importance and urgency. India has a population of 1.39 billion and is the second most populated country in the world. The issues related to population in India are:

Overpopulation in India is due to several factors. They are:

World Population Day: The Road Ahead

So how can we solve these problems? On this day, we should step back and reflect on how we can, as individuals, as a society and as a polity, solve these pressing issues related to overpopulation that directly or indirectly affect all of us.

While we aim toward solving overpopulation and related problems, it is also time to step back and reflect on the quality of life that we are providing to our citizens. As aspiring government servants, you will have the opportunity to touch millions of lives and to better them in one or more ways. You must ensure that the quality of life of people is progressively improved in whichever capacity.

If you found this article useful, you can find several such articles and updates on ixamBee. We provide to the point and relevant updates for you on all spheres of Current Affairs in our Beepedia, that will keep you on top of your preparation. BeePedia is also available in Hindi.

If you are preparing for any government exam(s), ixamBee has a number of Online Courses available that will help you with your preparation. If you are still exploring opportunities, you can take a look at all the upcoming exams to see which jobs you are eligible for and are well-aligned with your professional goals. 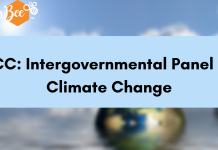