A government job is a dream for many! There is a good number of aspirants who dream of securing a government job for themselves. Among these, a major chunk of aspirants decides to go for banking job preparation every year. This has led to a significant increase in competition and thus has made the choice even tougher. A huge number of candidates sit for these competitive exams every year. But before you decide to prepare, you should also be aware of all the choices you have and which one to go for. There are a plethora of opportunities available which sometimes leads to a lot of bewilderment. Gathering information should be the first step which will prove a lot more useful rather than just adding yourself to the directionless bandwagon.

Talking of banks, in particular, these are broadly divided into two categories:

Separate exams are conducted for both of these categories and based on your preference/choice you can go for anyone or both. There are various kinds of posts against which the banks announce vacancies and based on the eligibility conditions, you can opt to apply for the following posts:

Among these, the post of PO gathers quite an attention and is preferred by many. Also, a candidate who will be applying for an SO post will automatically be eligible for PO too. Thus the high number of applicants. IBPS conducts the examination for PO for all RRBs as well as PSBs.

Read & explore the differences and the Workload in RRB vs PSB.

IBPS not only gives one but two golden opportunities to all the aspirants who wish to work as ‘Probationary Officers’. It is up to you if you want to go for one of these or both. If you are in a dilemma regarding which one is better for you, we have listed down a few points based on which you may be able to decide a fair option for yourself.

IBPS is the conducting authority for both RRBs & PSBs. It holds examinations to select suitable candidates for the posts of PO or RRB PO. The exams are held in various phases as follows.

The posts being the same, you can expect the job roles to be similar too. Once you are selected to the post of Probationary Officer, in either RRB or PSB, you have similar responsibilities such as –

In-hand Salary of an IBPS PO

IBPS RRB PO / IBPS PO: Which One to Choose?

We hope that there must be some clarity now and you should be able to differentiate between both these job posts. Although these are quite similar, there are some differences when it comes to the work scenario and the place of postings. It is for you to decide now which one would be better for you on the basis of your personal preferences or circumstances. You have to think about how you wish your career path to be like. Your future will depend on the choice you make today.

Whichever job post you choose for yourself, you will need proper guidance. Right guidance will lead you to your desired career. You can check out our online courses for IBPS PO & IBPS RRB PO which are carefully curated following the latest exam pattern and syllabus. These will assist you in planning your time in a proper manner.

You can also attempt free mock tests on our website and analyze your preparation. 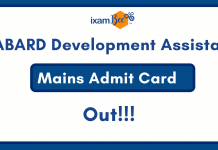 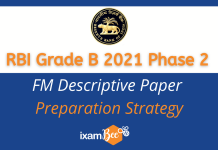 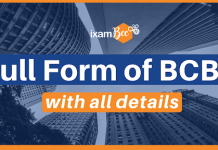 Full Form of BCBS with All Details