Current Affairs or General Awareness is one such topic that finds its place in almost all the important competitive examinations that are held throughout the year. These examinations can be any ranging from banking exams like NABARD Grade A / Grade B Officer, RBI Grade B Officer, IBPS PO, SBI PO, SSC exams like SSC CGL and other insurance sector exams like LIC AAO, LIC ADO, LIC HFL, NIACL AO, GIC etc. GA or General Awareness forms a significant chunk of the questions that appear in the online exams and therefore all students need to stay updated with respect to the current affairs section so that they are able to answer correctly as this section contributes a lot in the final score of the students. Usually you are supposed to be well aware of at least six months of current affairs/GA which can only be possible if you stay updated regularly. You can not mug up the GK altogether in few days, therefore you should prefer catching up with the news on a regular basis. There has been an important news doing rounds all across related to PM Modi’s Russia visit. Indian PM paid a visit to Russia’s president Vladimir Putin wher they discussed about various matters. Let’s look into this important GK update of PM Modi- Russia news in detail that may help you in all your exams.

Prime Minister Narendra Modi is going to be the chief guest of the Eastern Economic Forum Summit 2019 that is being held between 4th to 6th September at the Russian city of Vladivostok.

At the same time, 20th India-Russia Summit has been organized at Vladivostok.  PM Narendra Modi held bilateral talks with Russian President Vladimir Putin and signed a host of agreements.

About the Eastern Economic Forum

About the Far East Region

The Far East is the easternmost part of Russia. The macro-region borders two oceans, the Pacific and the Arctic, and five countries (China, Japan, Mongolia, the United States and the DPRK). The Far Eastern Federal District covers more than a third of the country’s territory.

The Far East is rich in natural resources like diamonds, stannary, borax materials, 50 gold, tungsten, and fish and seafood. About 1/3 of all coal reserves and hydro-engineering resources of the country are here. Forests of the region comprise about 30% of the total forest area of Russia.

Did You Know: What is Angel Tax? 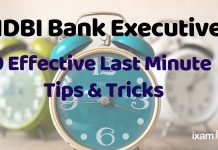