The acronym ASEAN stands for Association for Southeast Asian Nations. As the name specifies, it is an organization pertaining to the countries in Southeast Asia. It comprises of total 10 countries in Southeast Asian region with two observer countries: Papua New Guinea & Timor Leste. ASEAN’s main objective has been to encourage intergovernmental cooperation along with promoting political,economic,educational and socio cultural integration among all its member countries along with other Asian countries. The organisation was established on 8th August 1967 in Bangkok by five Southeast Asian nations: Thailand, Malaysia, Singapore, Philippines amid the intense atmosphere of the Cold War and therefore it aimed at gaining stability in the region.

Motto, Anthem and Head of ASEAN

ASEAN Summit is a meeting of the participating Southeast Asian countries which is held twice a year, which implies ASEAN Summit is held biannually which is hosted by one of its member countries. The ASEAN Summit holds utmost importance as it addresses the worldly issues, discussions over the ongoing problems take place and some significant decisions are taken along with the development of new policies, which may promote and strengthen cooperation and growth among the Southeast Asian countries. It has been effective in achieving its goals and made quite an impact worldwide.

ASEAN is counted among one of the most important international organizations which is pursuing some significant work towards cooperation (economic, social, cultural), growth and development in the Southeast Asian countries. We can sum up the objectives of ASEAN in few points:

Thus, we can say that ASEAN is a significant organization striving to attain peace, stability, growth and cooperation in the Southeast Asian regions along with working together with other such countries whose intentions and objectives match with ASEAN’s. 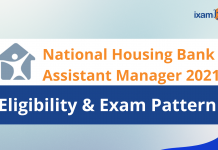 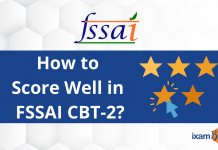