Introduction to Waterfalls in India

Notes on India’s highest waterfalls might help you ace the static general awareness component of numerous competitive exams. Static general awareness is a part of most government exams. Candidates preparing for various government exams such as SSC, RRB, Bank, RBI Grade B, SBI Clerk, SBI PO, SEBI Grade A, and others are expected to come across 1 or 2 questions about India’s waterfalls. In this article, we are going to discuss the types of waterfalls, a list of waterfalls in India, and the highest waterfall.

What is a Waterfall?

A waterfall is a steep descent of a river or other body of water over a rocky ledge. Waterfalls are one of the world’s most popular tourist destinations. They are perfect places for spending hours absorbing up the true splendour of the natural world, owing to their coolness, sound, and aroma. The wonderful part of exploring nature is that we always come away with a lot of questions about the science underlying it. The same is true of a waterfall. When we look at it, we are often startled by the way it works, the flow and motion that is so captivating.

Formation of a Waterfall

As a river flows through its stream bed, the water erodes the movable soil, sand, stones, boulders, and other things beneath it, causing them to move along with the current. As it continues on its path, it comes across massive rocks that cannot be moved, so it begins to flow over them, obliterating its original boundaries.

This is an excellent illustration of the second law of thermodynamics, which states that things are likely to incline more to a disordered state. That’s essentially how the river water acts here. It obliterates its original path and continues to flow outside of its boundaries until it reaches a cliff or an edge. Then it plummets down the cliff and crashes into a recently formed riverbed.

This is how a new dip and a waterfall are created.

Types of Waterfalls in India

Kunchikal Falls in Shimoga District Karnataka is the highest waterfall in India with a height of 1493 feet. It lies in the Shimoga district of Karnataka near Agumbe. The Varahi River creates the largest waterfall. Agumbe Valley is one of India’s rainiest regions, and it is home to the country’s only permanent rain forest research station.

Most Popular Waterfalls of the World

Angel Falls located in Venezuela is 979 metres in height, is the ‘s largest waterfall. Niagara Falls, one of the most beautiful waterfalls in the world, is just 51 meters tall. Iguazu Falls and Victoria Falls are two other well-known waterfalls.

The physics of a waterfall can also be seen in other places, such as a hydropower plant that uses falling water to generate kinetic energy. The energy drives the turbines, which generate power that can be utilized right away or stored.

If you are preparing for any government competitive exam and would like to purchase any of our courses, this is the time for you to take advantage of ixamBee’s new “Get Vaccinated, Get Rewarded” offer. It offers a flat 30% or 35% discount. To take advantage of this offer, simply post a photo of yourself getting vaccinated. Have you been vaccinated but don’t have a photograph to prove it? Don’t be concerned! Your government-issued vaccination certificate or a registration sms will also suffice. Simply upload your certificate or text message to our website to receive a 30% or 35% discount on all courses.

Introduction to Seed Science: Important Topic for NABARD Grade A and B, FCI AGM 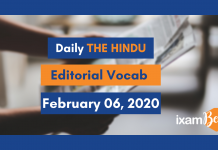 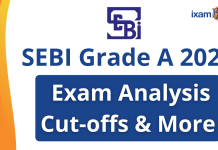 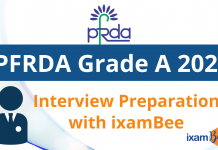 PFRDA Grade A Officer Interview 2021 Preparation: Best Tips for All...