DILEMMA!! is a word that finds its place in the lives of most people today. We have lot many opportunities in today’s age and thus lot many choices to select from. A state when you are in a dilemma is generally followed by a state of mess, chaos and mismanagement. If you are a serious aspirant who is aiming for a good career in the government sector , specifically the banking sector , then the major questions that may come to your mind are :- Should I go for PO or CLERK? If going for clerk, then should I go for IBPS CLERK or IBPS RRB CLERK ? If opting for PO, should I go for IBPS PO or SBI PO? This choice between an IBPS PO and SBI PO is one of the most significant and difficult questions that a banking aspirant faces. Though the profiles for both these jobs are almost the same, the main difference lies in the employing organizations, and thus the working conditions and environment. SBI PO has always been one of the most awaited and preferred jobs followed by IBPS PO.

Let’s look at the major points of distinction that may give a clear insight into the actual scenarios of both the jobs of IBPS PO and SBI PO and make it easier for you to decide.

Here , we will discuss some points which may bring out the similarity and difference

The posts being the same, you can expect the work profiles to be almost similar. But, as pointed earlier, the main difference lies in the employing organizations, i.e. IBPS & SBI.

The basic duties and tasks do remain the same, but on a larger scale, the tasks start differing when it comes to the business and scale of work in both the organizations. While being on probation, a PO/MT may be expected to work on anything and everything, irrespective of the level of task. It may be an assistant level job or a higher level job. This helps in training the candidate well in advance for the upcoming challenges and tasks that might come his/her way while performing the assigned duties, once he/she becomes an officer after the completion of the probation period. Also, taking up all kind of tasks helps acquainting the person with the working and procedures of a bank.

Let’s look at some of the major tasks that both IBPS PO and SBI PO are entrusted with :-

SBI being one of the biggest banks, involves work on a larger scale that is followed by bigger opportunities that may come at a slower pace in other commercial banks. On the work front, the pressure and responsibilities are very much similar in both IBPS & SBI PO , but if someone wants a job full of challenges and fast growth, SBI may be a fair choice.

Delivering the same kind of responsibilities and performing similar tasks , the pay of a PO in both the cases falls on the same line, except some minor differences in the numbers. The main difference that lies here is the organizations that employ you as an officer (PO).

Income Tax = As per govt norms.

As can be seen, both the organizations reward their employees to almost the same extent.

If we compare both the jobs with respect to their organizations, we cannot give any fixed judgement. Both the jobs , as discussed above, expect you to do the same kind of tasks and hold similar responsibilities , whether it is IBPS PO or SBI PO so there is not much to decide here, except few points.

A bank PO is entitled to receive some basic perks and benefits which add an advantage to this prestigious job. The main facilities provided to a bank officer are:

IBPS PO – An IBPS PO can own a vehicle from Bank’s side in place of petrol bills. He/she will also be provided with the facility of staying at banks’ guest houses while visiting various places across India.

SBI PO – An SBI PO is also entitled to stay at any of the bank’s guest houses while travelling across India along with travel concessions while visiting different places.

IBPS PO – An IBPS PO receives an amount of Rs 8,000 per annum as medical aid.

IBPS PO vs SBI PO – Which one to choose?

Eventually , the question is which one should you finally choose?

Whichever job you choose between IBPS PO & SBI PO is entirely for you to decide, after going through all the above mentioned points. The prospects and facilities offered by both these jobs are similar. Both the jobs come with equal dignity and respect, almost similar benefits and perks. The decision of choosing one over the other totally depends on individual preferences, abilities and goals. What you choose will not make a big difference to your career, if you work hard enough in whichever field you enter. 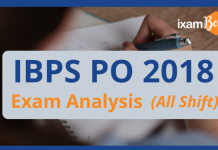 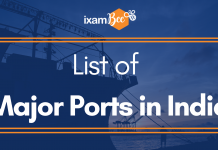 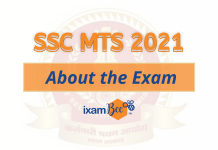 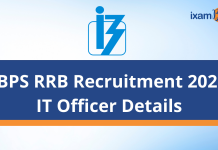 IBPS RRB Scale 2: Excellent Opportunity for IT Professionals in India