2018 has just ended, hopefully on a good note for everyone. The year brought many good opportunities for all those who were aspiring to make a good career, especially in the government sector. The year must have been good for some and not-so-good for some others.But what’s more important is to set eyes on what’s coming, rather than whiling away time by thinking about what’s already gone and out of sight. 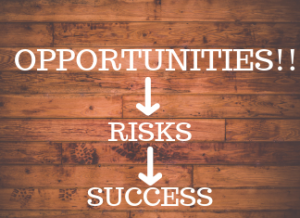 Being bold means being fearless enough to be able to take up any risk that comes your way that may lead you one step ahead on the path of success; Being bold also means keeping aside your failures as soon as possible and gearing up for another chance of making it big in your dream career. Big organizations like SBI and IBPS gave fair chances to the aspirants to make it big by releasing vacancies for IBPS PO, IBPS SO, IBPS CLERK and many others.

Irrespective of the number of vacancies, the most highlighted jobs were most preferably IBPS PO and IBPS SO.

IBPS PO & IBPS SO are two such job profiles that are always going to be popular and thus we need to be well aware and well-informed about them. We need to be well-prepared before the new vacancies are released in the year 2019. To be well-prepared requires a complete knowledge of the examinations you are willing to prepare for,which further requires clarity in your goals and choose between the various career choices. If you too are confused which one to opt between an IBPS PO and IBPS SO, we are here to make it easier for you.

Difference Between IBPS PO and IBPS SO – WHICH ONE IS BETTER ?

How do you decide, which one is better? By comparing the two fields keeping certain major points in mind. We are here to make this cumbersome task of researching and compiling details, a bit smooth for you. To be able to make a fair choice between two equally important job profiles needs a thorough check and research. You can well differentiate both these jobs on the basis of some basic guidelines or pointers and then decide which one would be better for you, in the long run.

Therefore, a bank SO maybe an officer in a special field, as per the qualifications and eligibility.

A Specialist Officer in a Public Sector Bank gets a basic pay of Rs 23,700. After addition of various perks and benefits the final pay of an IBPS SO may range to –

3. WORK CULTURE of IBPS PO vs SO

The advantages of joining as a Bank PO are many, along with some disadvantages also.

Let’s first look into the advantages of being a BANK PO.

Talking about opportunities, a bank PO with experience and hard work can grab an       opportunity of crossing the boundaries of the country and work overseas, if the respective   bank has a branch abroad.

Joining the banking sector in itself is a great achievement for one, irrespective of the post. Still we would see what are the specific advantages of joining as a bank SO.

4. ELIGIBILITY / QUALIFICATION for IBPS PO vs SO –

To become an IBPS PO, a candidate simply needs a graduation degree from a recognized university, irrespective of the streams and the age should not be above 30 years.

Considering the post of an IBPS SO, the eligibility varies according to the different posts and job profiles under it.The candidate needs to possess the specific qualification according to the respective posts.

WHAT DO WE CONCLUDE?

In a nutshell, both the jobs being in the banking sector may seem to be all the more similar but differ in few points, as mentioned above. Investing your time, energy and money to the preparation of any job requires you to be well-informed and aware of the kind of job you will be getting into, thus you have to research, look around and then decide which is the job that best suits your interests and qualification. You need to pick a job that doesn’t make you stagnant and favours your professional and personal growth, bringing your knowledge and abilities into good use and enhancing your strengths and positive points.

So, look around and gather knowledge and prepare yourself mentally for the upcoming times of hard work, grit and determination.

To read about IBPS PO in detail,click here.

Thanks, for sharing this, It was quite helpful and also if you are planning to join SSC coaching chennai then must visit to our website. we also provide video classes and if tou have any queries you can ask the teacher, we have app also call make my exam you can get any answer to that question. 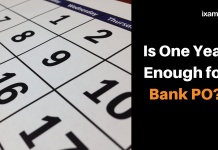 Is One Year Enough For Bank PO Preparation? 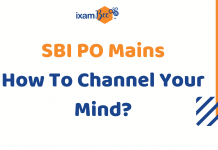 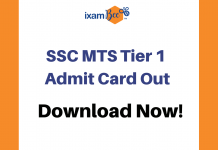 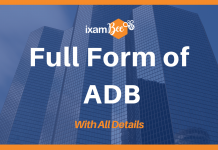