Most have heard about it. Some are taken by it. But a few really understand it. Blockchain technology has become the rage in finance, with its touted value propositions ranging from simple record keeping to a whole new financial ecosystem – Decentralized Finance (DeFi). In this article, we will explore the mechanics of blockchain technology and try to figure out what makes it so adaptable to multifarious applications.

Usually, the word ‘Blockchain’ is associated with ‘Bitcoin’ or ‘cryptocurrency’.  However, Blockchain is NOT the same as Bitcoin or any other cryptocurrency. It is, essentially, a database or data record that helps in tracking assets and maintaining transaction records, which was first brought to public domain by Satoshi Nakamoto in his 2008 whitepaper ‘Bitcoin: A Peer-to-Peer Electronic Cash System’. Blockchain technology is older than Bitcoin. The technology was first described by Stuart Haber and W. Scott Stornetta, research scientists at Bell Communications Research, in 1991. Their work was included in the list of references in Satoshi’s whitepaper. Ergo, blockchain technology can be used WITHOUT any cryptocurrency.

What is Blockchain Technology? How it’s different from a traditional database

The blockchain is a decentralized, tamper-proof, transparent database for transactions (primarily) that is immutable in nature. Author Melanie Swan, Founder of the Institute for Blockchain Studies writes ‘A blockchain is quite literally like a giant spreadsheet for registering all assets, and an accounting system for transacting them on a global scale that can include all forms of assets held by all parties worldwide. Thus, the blockchain can be used for any form of asset registry, inventory, and exchange, including every area of finance, economics, and money; hard assets (physical property); and intangible assets (votes, ideas, reputation, intention, health data, etc.).’

Let’s now explore how transactions (information/ data) is organized into blocks (this is how the bitcoin blockchain works). The description contained herein is watered down for ease of comprehension. This section will also give you a broad idea of the immutable nature of the blockchain. Let’s get more understanding of the concept with the help of an example.

Suppose 100 transactions occur within a time span of 10 mins (T10). All these transactions are bunched together in a specific format and used as in input to a particular function known as the ‘Hashing Algorithm’. Don’t be intimidated by the name. We all know the linear equation y=mx, right? You can imagine that the bunch of transactions is ‘x’ (input) in the algorithm and a transforming function (the hash) converts this to ‘y’ (the output). The cunning aspect of this function however, is that its non-reversible, meaning that if you know ‘y’ it in near impossible to derive ‘x’ from it. This ‘y’ is the BLOCK in the blockchain. Mathematical wizardry at its best!

Just to complicate the picture a little bit more, the inputs used to generate ‘y’ do not just contain the transactions that occur in a specific period of time. In addition to the transactions, the input also consists of the ‘y’ generated during the previous 10 mins, which we will call y0 and a timestamp, (C)for obvious reasons. There is another parameter that is used to generate a block (the nonce), but let’s ignore that for now.

No! As I mentioned earlier, the output from the algorithm is HIGHLY sensitive to the input. Can you spot any difference in the input? Check out the output below:

Clearly, even a small difference in inputs can lead to a dramatic change in the output. This property makes the blockchain ‘Tamper-proof’ – meaning that if anyone manages to change the record of the transactions in the chain, even by a tiny bit (which is in itself a near impossible task due to the irreversible nature of the hash algorithm as mentioned before), the whole structure of the block changes correspondingly, which is easy to detect, as I am sure you could in the above example. The following diagram illustrates the basic building blocks of the chain:

Blocks are further organized into a structure known as a ‘Merkle Tree’.

Technology is a great breakthrough only if it’s useful, and the blockchain has proved to be just that. At its core, the technology is not immensely complicated, rather it is an ingenious way of reimagining how transaction level data can be stored. But this is just the beginning of the Blockchain story. Blockchain Technology has the potential to write a new chapter in various fields and can transform a country’s economy as no one can ever imagine.

If you guys are intrigued, keep an eye out for the next article that will explore its applications! Keep learning. 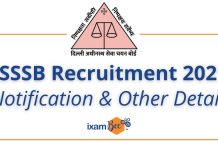 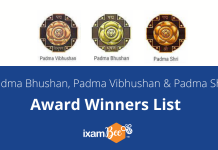