Banking sector has gained a lot of popularity recently. While banks have been a favourite choice among the job aspirants, they have also seen a lot of turbulence & activity within their circle. Recently, banks have been facing a lot of challenges along with some mergers. As a lot of you might be preparing for some important exams coming ahead like SBI PO, LIC ADO (Mains), SBI Clerk (Mains),IBPS PO, having information about any big or small activity in the banking sector will be worth your attention. Bank Merger has been a popular term recently owing to the ever-increasing NPAs & fraudulent activities taking place in some of the biggest banks of the country.

With the merger of Dena and Vijaya Bank into the Bank of Baroda recently as decided by the Union Ministry of Finance has once again upsurge the demand of consolidating India’s banking system by giving way to further merger of other banks in the near future and making bob the third largest bank after state bank of India and HDFC Bank, also the second largest public sector bank.This was the second merger – first being the merger of Bharatiya Mahila Bank and Sbi Associates with SBI.

Since 1991 the demand for some world-class bank has been taking around when former RBI GOVERNOR M.Narasimham  put forth the idea of 3 tiered structure with 3 large banks with global presence in the world, 8-10 national banks at tier 2 and a large number of regional and local banks at the grass-root level to cater to the needs of remotest areas. In 2014, PJ Nayak also put forward the idea of either merging the bank or privatizing them. With the bank loaded with rising NPA, the demand has once again come into focus.

While every good step has some pros and cons and challenges ahead. Same goes for this decision also. No doubt this merger will reduce the cost of banking operation, risk management, rising NPA and improve the professional standards. The geographical reach of the banking system and its objective of financial inclusion will broaden. The disparity in wages and service conditions of staff will disappear as all will be under a single umbrella. Multiple posts of CMD, MD, Zonal Manager, GM will be abolished thus increasing financial savings substantially. Its credit rating will increase thus increasing global market recognition. More products and services can be catered at the grass-root level. The large size will help the bank to have more inflow of money thus reducing the need for overnight borrowings in the call money market and under LAF and MSF from Rbi. They will be in a better position to deal with stressed loans as more resources being used in the same area will prevent. The operational risk will also reduce as the size of the operation is less so the distance between the management and personnel operational is less thus lessening geographical gap and leading to an efficient system. However every side has two parts – so its consequences -weaker bank merger will have an unhealthy impact on the operations of stronger banks. Chances are there that this merger will less likely solve the bad loan crisis in banking. Merger success can be hindered by human resource and cultural issues, staff disappointments. Higher NPA, small scale losses and recapitalization occurrence can make the revival of the capital base of larger banks difficult. Closure of branches in rural and remote areas can take place by this merger as seen during the post-liberalization period after 1991.

As quoted in Hindu- “BANKS REPRESENT THE HEART OF THE FINANCIAL SYSTEM AND IT IS BANKS THAT WILL DRIVE THE REVIVAL OF THE INDIA’S ECONOMY AND PUT ECONOMY ON HIGH GROWTH PATH”  so the decision should be thoroughly implemented with focussing on the core issue.

How To Prepare for Bank Exams 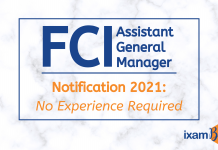 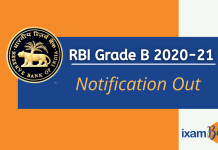 Oh. Its an amazin article. I have been looking around for this information. Thanks for the detailed information. It is truely helpful. Keep posting more. Thanks. 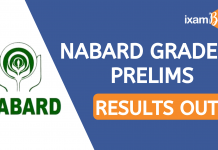 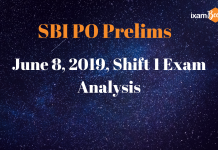