Reading comprehension is one of the scoring topics in the English language section. You can easily find at least 8 to 10 questions in the Prelims as well as Mains of any banking or competitive examinations. Practice is the only way to conquer this topic. In today’s article, I have provided 1 set (5 questions) of moderate to difficult level which is expected to be solved in 5 to 10 minutes. These questions will be helpful in the upcoming examinations of SBI PO, SEBI Grade A, and IBPS PO. Answers with detailed solutions have been provided at the end of the questions. Let’s look at the paragraph below:

Doctors in several hospitals across India are agitating for security after two interns in a Kolkata hospital were beaten up following the death of an old patient. The patient’s relatives were of the opinion that the death was because of doctors’ negligence.(3) While one must condone violence on doctors, it is also time for doctors in India to introspect.

(4) India is said to have one of the most corrupt medical system in the whole world. The situation has become so bad that patients today approach doctors with mixed feelings—of faith and fear, of hope and hostility.

While there are many upright doctors, no doubt, others have no ethics, some heartlessly fleecing patients, prescribing unnecessary drugs hand in glove with pharmaceutical companies, performing unnecessary operations. No wonder that a large section of Indians have no respect for doctors, a few even resorting to violence against them. (5) To regain social respect, doctors must remind themselves of their Hippocratic Oath and develop a spirit of service, entity with patients and sacrifice.

Q1. What is the theme of the passage?

a. The protest by doctors in Kolkata is not in good spirit

b. There are more cases of violence of doctors than medical negligence cases

c. Indian medical system is corrupt and beyond repair

d. Doctors in India are not acting ethically

Q2. What is the tone of the passage?

Q3. Against the sentence indicated as (3), in the passage, indicate which fragment of the sentence has an error as per choices below. Mark (e) if there is no error.

a. While one must condone

b. violence on doctors,

c. it is also time for doctors

e. in India to introspect

d. None of these

Q4. Against the sentence indicated as (4), in the passage, indicate which fragment of the sentence has an error as per choices below. Mark (e) if there is no error.

a. India is said

b. to have one of

c. the most corrupt medical system

d. in the whole world

Q5. Against the sentence indicated as (5), in the passage, indicate which fragment of the sentence has an error as per choices below. Mark (e) if there is no error.

a. To regain social respect,

b. doctors must remind themselves

c. of their Hippocratic Oath and

d. develop a spirit of service, entity with patients and sacrifice.

When we talk of the theme, we need to see what is the underlying message of the author. What is that one sentence which will summarize the entire passage. Option (d) summarizes the entire passage as the passage talks of how doctors are resorting to several unethical actions. It does acknowledge the presence of good doctors too, but largely stresses on the absence of ethics and presence of corruption.

The best way to know about the tone of the passage is to understand what the author wants you to feel when you read the passage. The entire passage talks of the actions of the doctors – whether it is ethical or not. Cynical means “doubtful” and the author does not cast any doubt but has picked his side clearly. “Introspective” means to look within and search for answers, which does not fully encapsulate the passage. “Belligerent” means aggressive and “condescending”, means to talk down on someone, which are incorrect.

The word “condone” is used incorrectly as it means “to accept reluctantly any immoral behaviour”. “not condone” or “condemn” are the correct replacements for “condone” given in the passage.

Whenever, “one of the X” is used, X is always plural. Thus, it should be one of the most corrupt medical systems” and not “system”.

The word “entity” is used incorrectly. Developing “entity” with patients does not make sense. The right word here is “empathy”. 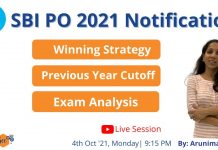 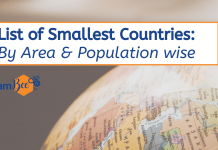 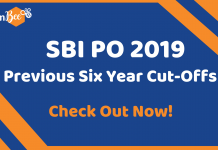 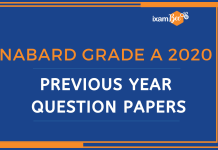 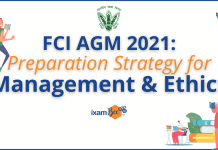 SSC MTS Syllabus 2019 with Latest Exam Pattern With All Details