The Banking sector forms a major part of the Indian economy as well as many world economies. More importantly, the Banking sector is responsible for driving our modern economy. As the primary supplier of credit, banks provide money to the general public for buying cars, homes, for businesses and companies to expand their operations, etc.

Furthermore, banks also provide a safe place to the depositors to keep their money and to earn some interest on the same. Therefore, the Banking industry plays a crucial role in India and is also one of the largest employers in the country.

Keeping this in mind, the Finance Minister in 2019 announced the merger of ten public sector banks, thereby bringing this number down to four. Now, there are a total of 12 public sector banks (earlier 27) in India. For this, the government infused a capital of Rs. 55,000 crores into public sector banks. The public sector banks merger came into effect on April 01, 2020. This was done to address the issue of economic slowdown, non-performing assets and to boost the economy by increasing the liquidity. This has been termed as the biggest consolidation exercise in the banking industry.

In today’s blog, we will go over all the details of the Indian Bank merger list and the merits and demerits of mergers. Moreover, if it is your dream to be a part of the Banking sector, we would encourage you to read this blog till the end.

What is a Merger?

Before going any further with the rest of the discussion, let’s first understand what is meant by ‘Merger’. We will also understand the difference between a ‘Merger’ and ‘Acquisition’ for better clarity.

Mergers and Acquisitions are mainly done to expand a company’s market share, grow revenues, expand to new territories, reduce cost of operations and expand into new markets and segments. All of this combined, it benefits the new company’s shareholders.

Why do Banks Merge?

There are various reasons as to why bank mergers are encouraged. Some of them are-

The merger would lead to an increase in the total business size by combining the assets of the Anchor bank and the Amalgamating bank. This in turn, will increase the shareholders value.

Mergers offer the banks an opportunity to diversify and expand their business and services. Furthermore, the expanded market access leads to quick growth.

One of the objectives of a merger is to improve the operating efficiency, value and performance of the companies upon amalgamation. Another reason is to create next-generation banks with a secure national presence and global outreach with better capacity to provide credit to the important sectors of the country.

Mergers help the banks in reducing the risk of bankruptcy.

Post the merger, the competitor bank gets absorbed and becomes one entity. Therefore, it helps to reduce market competition.

Post this merger, the total number of public sector banks in India are 12. Of these, six banks are independent and six banks have been merged.

The public sector banks merger has its own advantages and disadvantages. Let’s look at some of them-

From the above discussion, it is evident that mergers of banks is an essential step for the economy of any country to maintain its liquidity. Mergers come in handy when the country is dealing with the issue of NPAs. Since mergers increase the total business size of the banks, it enables the banks to invest in infrastructure and other important projects of the country, which in turn boosts the economy.

To help you realise your dream of landing a job in the public sector banks, ixamBee is providing the Ultimate BeeBanker Online Course. It is a one of a kind umbrella course which will help you prepare for various Bank PO/Clerk exams like ECGC PO, IBPS PO, IBPS Clerk, SBI PO, SBI Clerk among others in one place.

This course has been especially curated for you by our experts who possess first-hand experience in this field. Therefore, you can count on our team of experts to give you genuine guidance.

The duration of this course is 2 years. What’s best? If you are unable to qualify any Bank exam within 2 years, your course fee will be refunded.

Therefore, to make your exam preparation smooth sailing, we encourage you to enroll in the Ultimate BeeBanker Online course.

We wish you the best!

At ixamBee, you can find free Online Test Series, GK updates in the form of BeePedia, as well as the latest updates for SBI PO, Bank Clerk, SSC, RBI, NABARD, and Other Government Jobs.

How to Prepare for Bank Exams: 25 Week Study Plan for Bank PO

Top 10 SSC Exams and Tips to Crack Them 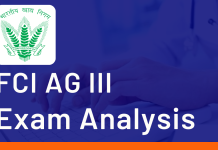 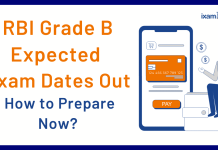 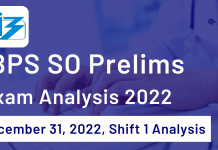 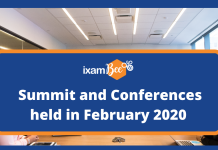 When Will SEBI Grade A Exam Be Held? Exam Date, Mock... 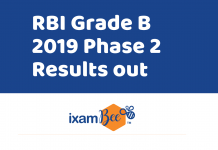 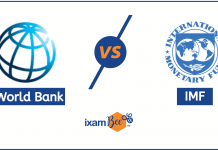