When you think of the term “Bank” what is the first thing that comes in your mind? It may be something like this “an organization that keeps a check in your savings account”. A bank is lot more than this. Apart from accepting deposits and granting credits to the entities, it plays a major role in maintaining the economic status of our country. In today’s article, we will learn the Types of banks that operated in India and its classification.

From ancient days, India has had been into some form of banking also known as Indigenous banking. It was organized in the form of family or individual businesses. Those who were into this business were popularly known as Shroffs, Mahajans, Chettis, Sahukars, Kathiwlais’s, etc. it cannot be mixed with the professional money lenders because their work is not only to lend money. Because their activities were not regulated, they belong to the unorganized sector. The functions of indigenous banks are accepting deposits, lending money or advance loans, acceptance of valuable for custody and some Non-Banking functions.

Reserve Bank of India is the apex organization of our country. It is also known as the Central Bank of India. RBI came into existence on April 01, 1935, with Reserve Bank of India Regulation Act 1934. It was nationalized by the Government of India on January 01, 1949. It’s headquartered is in Mumbai and the present Governor of RBI is Mr. Shantikanta Das. RBI is the backbone of the Indian economy. You can Read about RBI in detail here:RBI and its functions

Those banks that have entered into the Second Schedule of the Reserve Bank of India Act 1934 have been classified as scheduled banks and those are excluded from the list are termed as Non-Scheduled Banks.

Commercial Banks are the type of banks whose primary objective is to accept deposits and advance loans to the customers (General Public, Corporate and government). Commercial Banks are regulated under the Banking Regulation Act 1949. This act gives extensive regularity powers to Reserve Bank of India over Commercial Banks. It also entitled it to inspect their workings.

In other words, we can say that a Commercial Bank is a financial institution that accepts deposits, grants loans. It borrows money from those who have money in surplus and lends to those who need it. The first commercial bank in India was established in 1770, Bank of Hindustan. Punjab national bank, Axis bank, Dena bank Union bank and syndicate bank, etc. are some of the commercial banks operated in India.

Some of the major functions of Commercial Banks are given below:

Public Sector Banks which are also known as nationalized banks are the banks in which the majority of stakes are of the government of India. The Government of India nationalized 20 privately owned banks in 1969 and 1980.  The objectives of nationalization of banks are to raise public confidence in the banking system. Reach of banking services in urban as well as rural services. To ensure the availability of resources to important sectors of society like agriculture and small scale industries.  State bank of India, apart from being a nationalized bank also acts as the agent of RBI.

Foreign Banks in India are the ones whose head office is outside the geographical boundaries of India. They are governed by the rules of the parent country, whereas, the branches operating in India have to strictly follow the rules of Reserve Bank of India.

Regional Rural Banks on RRB were set up by the government of India on September 26, 1975, under the Regional Rural Banks Act 1976. The main objective of the bank is to provide credit and other facilities to the small and marginal farmers, agricultural laborers, artisans. It also aims to develop trade, agriculture, commerce, and industry, etc. in the rural areas. At the moment, the authorized capital of RRB is Rs. 5 crore and the issued capital is Rupees 1 crore. 50% of the issued capital is to be provided by the central government, 15% by the concerned state and the rest 35% will be sponsored by the sponsoring commercial bank. The shares of Regional Rural Banks are to be counted as “Approved Securities”.

This was Part One of the Types of Banks. The second part of the article will be updated soon here. Please keep visiting this space for more such posts.

History Of Banking In India

Types of banks and its classification (Part 2) 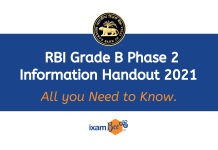 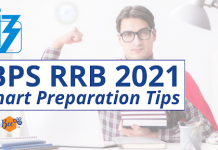 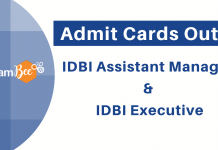 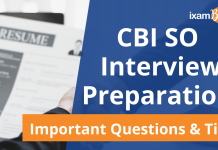