International Chamber of Commerce is the largest business organization in the world. It was founded in 1919 i.e 101 years ago in Atlanta city. The motto of ICC is “to make business work for everyone, every day, everywhere”. It acts as a spokesperson of business communities in the international field and put forward the views from the business perspective to the government. It has over 45 million members in more than 100 countries. The main activities of ICC is to set the rules, resolve the dispute and to advocate the policy. ICC has an authority of making rules that govern the conduct of business across borders. Even though, these rules are discretionary, but it is observed that it is followed in huge numbers and now become a part of international trade. ICC was the first organization granted General consultative status with the United Nations Economic and Social Council and UN Observer status. To craft the ICC stance on specific business issues, over 3000 experts of ICC’s members provide their knowledge and experience.

The International Chamber Of Commerce was established in 1919 to promote trade and investment, to open market for goods and services and for the free flow of capital, thus, serving the world business. Headquarter of ICC is in Paris, France. The International chamber of commerce is also known as The World Business Organization.  Various organization are affiliated by the ICC for example. World Trade organization, World Custom Organizations, OECD, G20, International Monterey Fund, World Bank, APEC and United Nations. The first Charmian of ICC was French Minister of Finance Etienne Clementel.

The World Council is the supreme governing body of ICC. It consists of representatives of National Committee. The World Council elects the highest ranking officers of ICC i.e. The Chairman and The Vice Chairman and Honorary Chairman (immediate past Chairman). The tenure length of both Chairman and Vice Charmian Is two years. All of them play a vital role in the organization.

The Executive Board consists of thirty business leaders and ex-officio members. It provides the strategic direction to the organization. Executive board members are elected by the World Council on the recommendation of the Chairmanship. The executive board meetings are held three times a year, to supervise the formation of the organization strategic priorities and the implementation of polices.

The international secretariat is the operational arm of ICC, based in Paris. It is led by the secretary general of ICC. The present Secretory General of ICC is John W.H. Denton AO. It executes ICC work programme. It is also responsible to provide business views to intergovernmental organizations on problems that affects business operations.

Who can join ICC?

The International Court of Arbitration of ICC was established in 1923 to resolve the dispute between the businesses. Since its foundation, it has received more than 24,000 cases. The members of the court has been also grown in numbers. It covers 85 countries and territories.

Anyone can become a member of ICC by two ways:

World chambers foundation, previously known as International Bureau of Chambers Of Commerce was founded by ICC in 1951. It was established with an aim to assist the development of new global products and services of chambers. It also encourages international partnership between chambers to help local businesses grow. WCF unite network of over 12,000 chambers’ of commerce and industry worldwide. WCF organizes World chambers congress in every two years in a different part of the world. During the congress it also announces the winners of World Chambers of Competition which is a global award program organized to recognize the most innovative projects undertaken by chambers of commerce. Indian Chamber of Commerce stood first in World Chambers of Competition happened in Quebec, Canada

Business Action to support the information society (BASIS) was founded by ICC in mid-2006 to speak out in certain issues like innovation, Liberalization of telecom market, entrepreneurship and on internet governance such as piracy, data protection, security and technical management.

In March 2012, ICC in partnership with the Qatar chamber launched the ICC Business World Trade Agenda. It aims to foster government set a trade policy agenda that hand out to the economic growth and creation of jobs, to advance global trade negotiations and to drive more effective trade talks. The Agreement on Trade facilitation was adopted at the World Trade Agenda’s 9th Ministerial Conference on December 07, 2013. 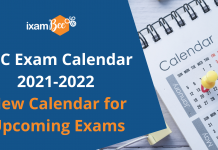 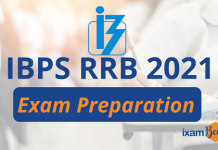 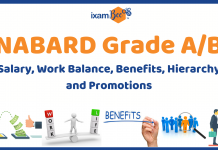 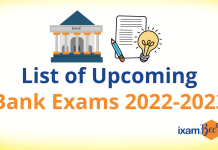