ISO or International Organization for Standardization is a non-governmental and an independent and international organization. It comprises representatives from various national standards organizations. It is currently working in 164 member countries. ISO was established on February 23, 1947 in London, United Kingdom and is headquartered in Geneva, Switzerland. It is currently governed by the president of the Organization Mr. John Walter. If you go by the ISO website, it claims that “ISO creates documents that provide requirements, specifications, guidelines or characteristics that can be used consistently to ensure that materials, products, processes, and services are fit for their purpose”. It also promotes world trade with accommodating common standards among the nations. Till now, ISO has published 23088 international standards that can be bought from its member countries or from the ISO store. It covers everything, from food, agriculture to healthcare and technology, etc.

The idea of ISO began in the 1920s as the International Federation of the National Standardizing Associations (ISA). It got suspended at the time of World War II (in 1942). After the war, ISA was approached by the United Nations Standards Coordinating Committee (UNSCC) with a recommendation to form a new global standards body. In October 1946, delegates from 25 countries met at the Institute of Civil Engineers in London and decided to form a new international organization. ISO. It officially began operations on February 23, 1947. The motto behind the creation of ISO was ‘to facilitate the international coordination and unification of industrial standards’.

ISO currently has 164 national members. It has three membership categories which mean you can become a member of ISO by three ways and those are:

Member bodies are national bodies. they are regarded as the most representative standards body in each country. Member bodies are the only one that have voting rights. Some of the member bodies of ISO are Belgium, China, India, Nepal, Argentina and Australia, etc.

Subscriber members are small economy countires . They pay reduced membership fees, but can follow the development of standards. Some of the Subscriber members of ISO are Belize, Antigua and Barbuda, Saint Vincent and the Grenadines & Sao Tome and Principe etc.

What’s in the Name of ISO?

If you are thinking that maybe ISO is an acronym of International Organization for Standardization, I must tell you that you are mistaken. The term “ISO” is not an acronym but was derived from the Greek word “ISOS” which means “Equal”. The idea behind ISO is to reflect that if two objects meet the same standard, treated equal should be given to them.

How does ISO Work?

ISO or International Organization for Standardization do not directly “certify” any group. It works as a third party certification which means rather than inspecting directly, there are certain certification organizations that perform this task of auditing and then certifying an organization’s quality management systems. Those organizations who audit or inspect any product must be certified under a separate standard ISO/IEC TS 17021.  These certification process also includes a registrar who monitors that the operation is taking place under the current ISO 9001:2015 standard. Once the registrar approves or certified the quality management system which was assessed and approved under the provisions of ISO 9001:2015, the organization receives the certification mark of ISO.

The approval by ISO on any product is typically valid for a period of three years only. After the valid period is over, the company must recertify to meet the current form of the standard. This process is to be monitored by the registrar during that period of time. 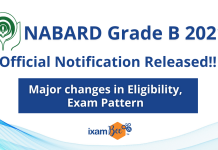 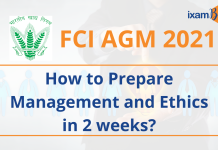 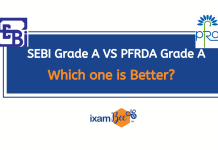 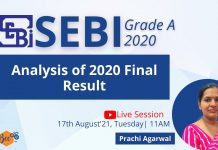 RBI Grade B 2019 notification out: 199 vacancies and other details