“Suicide is a permanent solution to a temporary problem”.

Every year 10th September is observed as World Suicide Prevention Day or WSPD. It is an awareness day to provide worldwide commitment and action to prevent suicides through the help of various organizations or mass awareness workshops globally. Stats says that one million people per year die by suicide or about one person in 10,000 commits such act. In other words, a death every 40 seconds i.e. 3,000 every day are encountered as suicidal death.  As the world has recently seen unprecedented change because of the COVID-19 pandemic, mental health has risen to global priority.

Let’s get some crisp info about World Suicide Prevention Day or WSPD from below.

In 2016, a two-toned ribbon with yellow and orange colours, that represent a candle flame, was created to raise awareness regarding WSPD. In 2018, the ribbon was added as a Twitter emoji for the World Suicide Prevention Day hashtag which was available in 16 different languages.

The International Association for Suicide Prevention or IASP is an international suicide prevention organization, founded by Erwin Ringel and Norman Farberow in 1960. Its main aim is to prevent suicide and suicidal behaviour thus alleviating its effects. IASP plays a vital role in the prevention of suicide by developing an effective forum in strong collaborative partnerships with various organizations like WHO, WFMH etc. International Association for Suicide Prevention focuses on preventing suicidal behaviour and providing a forum for mental health crisis workers, suicide survivors and people affected by suicidal behaviour in one way or other. IASP consists of professionals and volunteers from over 50 countries globally.

Some of the World Suicide Prevention Day priorities are stated below-

Factors of Attempt to Suicide

Though it’s very difficult to rate what socio-cultural factors can lead to suicidal activity and predict human behaviour, there remain some major factors that stats say are major contributing factors to trigger suicidal activities.

Suicide is complicated and tragic but preventable. Suicide prevention is not addressed due to a lack of awareness of it as a major health problem and the taboo associated with it. Raising community awareness and breaking down the taboo is necessary to prevent this disease from engulfing precious lives. IASP also organizes a cycling event, Cycle Around the Globe, to raise awareness for suicide prevention globally. This year this event will be virtually conducted on World Suicide Prevention Day to support the global community engage in a collaborative effort to cycle any distance to help prevent suicide.

When your principles seem to be demanding suicide, clearly it’s time to check your premises.” 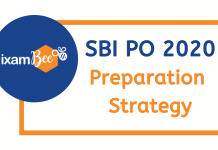 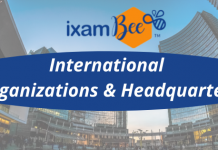 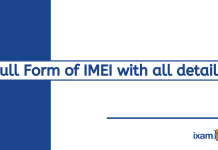