Information technology benefits the business world and allows organizations to work more efficiently. With the advent of various digitals tools, we always look for ways to do more work in a shorter amount of time. Faster communication, electronic storage and the protection of records are some advantages that IT provides in our enterprise. But this renewed sense of visibility has often been used by miscreants and to check this rise in intolerance it is the IT Act that comes to the rescue. But what if the same IT Act hinders someone’s freedom of speech to express and communicate?

Section 69A of the IT Act has always been in the news, the way it has been utilized in curbing the voice of citizens by various governments to keep their good image intact. The Central Government had used the same law to ban 59 Chinese apps in the wake of the Galwan clash in Ladakh last year.

Why Section 69A of IT Act In News?

Some months ago Twitter India withheld several accounts for allegedly making “fake, intimidatory and provocative tweets” with hashtags accusing the Central Government of planning farmers “genocide”. Some accounts withheld are The Caravan, farmers organisation Kisan Ekta Morcha, Aam Aadmi Party social media team member Aarti Chadha. A total of 250 tweets/accounts were withheld. Twitter had blocked the accounts on the Ministry of Home Affairs and law enforcement agencies request, sensing such tweets are a grave threat to public order and country’s harmony and can lead to violence.

However, this is not the first time that online platforms have been asked to block tweets and social accounts under Section 69A of the IT Act. Its legality has been challenged in the highest echelon of the judiciary in the past but the Act was upheld by the Supreme Court. Earlier, the Department of Telecommunications asked Internet service providers in the country to block 32 websites on data archiving, video-sharing and software development which evoked criticism on social media.

What is Section 69A of IT Act all about?

The order needs to be in writing and in accordance with the procedure and safeguards prescribed in the Blocking Rules, 2009. An intermediary can be a telecom service provider, internet service provider, web-hosting service provider, search engines, online marketplaces, cyber cafes and any such online platforms. In case of noncompliance, they are liable to pay fines as well as face imprisonment.

Section 69A of IT Act Pros and Cons

While the verdict on Section 69A is mixed baggage of various views. Where Section 69A of IT Act gives power to the government to block certain URLs and websites trying to spread disharmony among various sections of society, on the other hand, it acts as a censorship measure affecting the free flow of information and whole internet services. This idea goes against the freedom of speech and expression, a fundamental right.

As every coin has two sides, so is the case with Section 69A of the IT Act. The way ahead is to bring refinement in the act while maintaining a balance between freedom of expression. Free speech is tempered by genuine need of protecting the sovereignty, unity, and integrity of the nation. If the Government presses its own agenda and coercion without passing any proportionate benefit to the public at large, then it is endangering the rights of its citizens at an alarming rate. 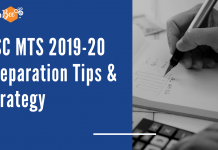 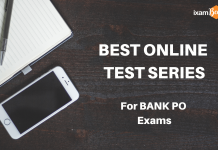 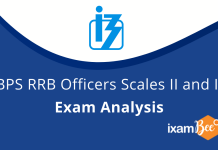