What is National Handloom Day?

The National Handloom Day is celebrated on August 7 every year. The day is observed in honour of the handloom industry and the role it has played for centuries in preserving our traditional handicrafts. The day also honours contribution of the industry and its workers to our economy and employment generation.

The movement was further strengthened during the years 1918–1947 under the leadership of Mahatma Gandhi. He pledged himself to boycott British goods, particularly cloth and burned by burning 150,000 English clothes at Elphinstone Mill Compound in Mumbai in 1921. Coupled with this, Gandhiji also raised spinning centers all over India.

Therefore, the day goes back to the root of where it all began. It not only honours the handloom industry but also the people who fought to strengthen and re-establish it in Pre-Independence India.

The Handloom Industry in India

The ‘handloom’ is a machines that is used to weave material without having the use of any kind of electrical energy. As the name suggests, the machine is worked by hand. The yarn that is spun with the help of these handlooms is called khadi.

In India there are a total of 1246 handlooms clusters spread across the length and breadth of the country. The highest number of such clusters is in Assam at 203.

The day reminds us to honour and celebrate our rich cultural heritage and the people who work tirelessly daily to keep it alive. The idea behind this celebration is to protect the heritage of our indigenous arts and crafts and to empower the workers in this sector.

Make in India and Handloom Industry

The Make in India program was devised by the Indian government to promote India as a manufacturing destination meeting global standards, to facilitate FDI, to boost invention and entrepreneurship in India. For this campaign, the Indian Textile industry has emerged as a pivotal unit of the Indian economy. A major subsect of the textile industry is the Indian handloom corporation. While strongly holding on to indigenous handicraft roots, the handloom industry has unmatched potential for innovation, variation and experimentation.

The KVIC was established in 1957. The objective behind the same was to encourage, promote and foster the growth of khadi and village industries in rural India. The KVIC work toward implementing government schemes pertaining to Micro, Small and Medium Enterprises. The Commission plays an important role in developing rural industries by generating opportunities for self-employment in small enterprises.

A number of departments and organizations are collectively working toward realising the Aatma Nirbhar Bharat dream and fostering the handloom industry. Some ministries actively involved are:

Challenges faced by the Handloom Industry

What to do on National Handloom Day?

Keep up with the latest information and news on all matters of Current Affairs with ixamBee’s BeePedia. These PDF notes are your one-stop solution as you prepare for the General Awareness section for exams like NABARD Grade A, NABARD Grade B, IBPS PO, SBI PO, RBI Grade B and other Banking and Railway exams. 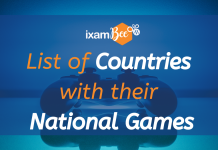 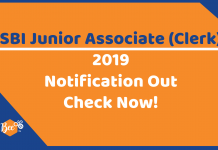 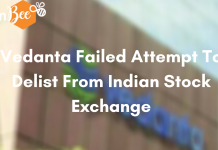 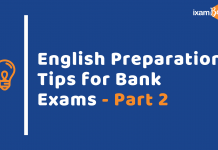