IDA stands for International Development Association. It came into existence on 24th September 1960 with $912.7 million capital to complement the already existing International Bank For Reconstruction And Development (IBRD) . The initial funding was provided by 15 signatory countries – Australia , Canada , China , Germany , India , Italy , Malaysia , Norway , Sudan , Sweden , UK,USA , Thailand , Pakistan and Vietnam but now 173 countries have its membership . IDA has made 44 countries self-reliant ie they no longer depend on IDC for economic finance and development . In other words, 44 countries had graduated from IDC.

IDA is  an international financial institution and is a member of the World Bank Group headquartered in Washington DC (US). In other words, IDC together with IBRD which is World Bank’s original lending arm are collectively called as World Bank. IDC’s  parent organization is World Bank as it, together with IBRD, shares the same staff and evaluates projects with the same rigorous standards besides sharing the headquarter.Its main aim is to assist the poorest nations in growing equitably and sustainably to reduce poverty. IDC also offers concessional loans and grants to the world’s poorest developing countries besides providing affordable financing to countries at risk of debt distress or whose credit risk is so prohibitive that they cannot afford commercial borrowings .Depending upon the financial vulnerability of a nation, money lent on concessional terms ie credited at a zero or very low- interest charge, repayments are stretched over 30 years for other nations to 38 years for least developed countries including 5-10 years of the grace period .Through its initiative like Heavily Indebted Poor Countries (HIPC) and the Multilateral Debt Relief Initiative (MDRI) ,IDC provides significant debt relief to various countries.

IDA is  funded by its member countries’ governments ,meeting every 3 years to replenish resources and review its policy framework. This replenishment agreement is open for the public to give their feedback or suggestions they want before giving it a final shape. It is governed by the World Bank’s Board of Governors with one governor from member countries. These Governors entrusted daily activities and lending operations to the Board Of Directors which consists of 25 executive directors and chaired by the President of the World Bank Group. Presently it is headed by David R. Malpass.

IDA is a multitask institution that supports a  range of development activities from sanitation,agriculture,clean water,infrastructure,primary education,climate change to basic health services.It also works on issues like social security, health concerns, environmental concern so that they don’t become global challenges at a later stage. IDA also gives important advice to governments on ways to broaden the base of economic growth and protect the poor countries from economic shocks,crisis or emergencies like the Haiti earthquake or the Ebola outbreak in the Democratic Republic Of Congo are the classic examples of IDA’s much needed financial help.

Why is IDA Needed?

IDA is the largest source of finance at concessional rates to the 76 world’s poorest countries .It had helped countries to find  solutions that reshaped the development landscape like the agricultural solutions in South Asia during the 1970s starvation period to debt relief. It provides dignity and quality of life to the  vulnerable section of society by providing them with basic amenities of life thus helping poor nations to enhance their financial stability and economic growth. It tops in the transparency evaluation as it has its assessment tool which evaluates its progress and has the  toughest measure as compared to other international organizations .

IDA provides concessional loans to countries based on the GNI ie gross national income per capita below an established threshold and updated annually . It also provides loans to island countries who are above the operational cutoff but lack the creditworthiness needed to borrow money from IBRD.

Thus IDA is a multi task-oriented organization that tries to reduce poverty, increase investment in infrastructure,enhance economic growth,reduce inequality and finance the needs of the countries who are trying hard to meet sustainable development goals by 2030.

IBPS SO Law Officer: How to prepare in 8 months?? 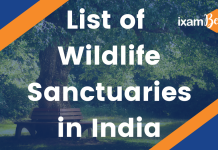 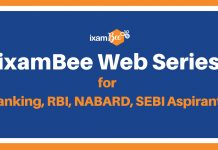 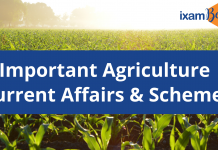 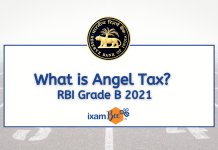 RBI and Its Currency Management