PM Narendra Modi launched the Atal Mission for Rejuvenation and Urban Transformation (AMRUT) in June 2015. The AMRUT scheme is a program that aims to enhance the quality of life in urban areas by providing basic civic services, with emphasis on the poor and needy. This article will discuss the scheme’s essential information from the perspective of competitive exams.

Why is it in the news?

The progress made by Uttarakhand and Himachal Pradesh under the AMRUT Mission has been praised by the government of India. Both states were also requested to start activities as part of the “Catch the Rain” campaign. This campaign aims to save/harvest every drop of water available. Rainwater collection is incorporated into all city systems as part of this campaign.

Through the implementation of urban revival projects, the AMRUT Scheme focuses on:

Rajasthan was the first state to submit a State Annual Action Plan under the AMRUT scheme. Other schemes such as the Swachh Bharat Mission, Housing for All 2022, and local state water supply, sewerage, and infrastructure schemes can all be connected to the AMRUT scheme.

The government has already approved an investment of about 1 lakh crore in 2018 for the urban growth through the Smart Cities Mission and the Atal Mission for Rejuvenation and Urban Transformation of 500 cities.

The following are the key objectives of the Atal Mission for Rejuvenation and Urban Transformation (AMRUT):

Major Components of the AMRUT Mission

The major components of the AMRUT Mission are as follows:

Who can apply for the AMRUT Scheme?

The cities/towns must fall into one of the following categories to be considered for the AMRUT Scheme:

Centre Extended: From FY 2015-16 to FY 2019-20, the total outlay for AMRUT was Rs. 50,000 crores. After failing to achieve set goals for urban renewal in 500 cities the Centre has extended the mission span of AMRUT until March 31, 2021. Just 148 of the 191 projects begun under the AMRUT programme have been completed. The remaining projects were supposed to be finished by March 2021. The completion report has to be updated yet.

AMRUT has made states equal partners in project preparation and execution. MoHUA (Ministry of Housing and Urban Affairs) approves SAAP once a year. The states must permit and approve projects at their end resulting in cooperative federalism.

The Mission is supervised by an Apex Committee (AC) headed by the Secretary of the MoHUA and members from relevant Ministries and organisations.

Status of AMRUT Mission in Uttarakhand and Himachal Pradesh

In their Mission cities, both states have adopted the Online Building Permission System (OBPS). Apart from Mission cities, all Urban Local Bodies (ULBs) should adopt OBPS as part of their ‘Ease of Doing Business’ strategy. All of the credit rating work in the two states has been completed. The willingness of a ULB to meet its financial obligations is determined by its credit rating.

Both States were notified that the MoHUA has created a shared Dashboard for all of the Ministry’s Missions (e.g., Pradhan Mantri Awas Yojana – Urban, Smart Cities Mission), which will provide information on all States/UTs and cities. This facility can be used by the states/UT to monitor progress.

States were requested to maintain and update the details of missions on a regular basis so that the portal/dashboard could keep track of their success. This information is used to keep track of, study, and evaluate state progress on a monthly basis.

Odisha maintained its role as the best performer in the Atal Mission for Rejuvenation and Urban Transformation Scheme (AMRUT) implementation, making substantial progress in providing piped water to households in the state’s urban areas.

Odisha has been ranked first in the state rankings released by the Ministry of Housing and Urban Affairs, with a score of 85.67 percent. The scheme covers nine cities in the state: Bhubaneswar, Cuttack, Sambalpur, Rourkela, Baripada, Balasore, Bhadrak, Berhampur, and Puri. 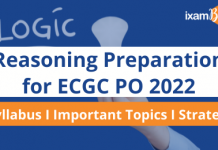 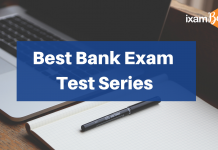 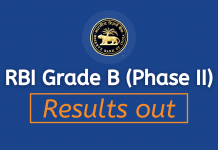 Important Points to Know Before RBI Grade B Interview!