Agriculture is the backbone of the Indian economy as it not only constitutes a significant portion of the country’s GDP but at the same time provides employment to approximately 60% of the population. But the contribution of agriculture and allied sectors to India’s GDP has been declining significantly for the past few years forcing the authority at higher echelons to come out with schemes or other tools before it’s too late.

PMFBY came into existence on February 18, 2016 by the merger of two schemes namely – National Agricultural Insurance Scheme (NAIS) and Modified National Agricultural Insurance Scheme (MNAIS). PMFBY’s objective is to reduce the premium burden on farmers and ensure early settlement of crop assurance claims. PMFBY syncs well with the One Nation – One Scheme theme. The scheme is administered by the Ministry of Agriculture and Farmers Welfare and it has been revamped at the structural and logistical levels to meet the new challenges that lay ahead.

PMFBY has been claimed as the largest crop insurance scheme in terms of farmer participation by the Central Government. Also, the 3rd largest in terms of premium, globally, PMFBY covers over 5.5 crore farmer applications year on year and till now claims worth Rs 90,000 crores have been paid out under the Pradhan Mantri Fasal Bima Yojana. Rs 16000 crores have been allocated for Pradhan Mantri Fasal Bima Yojana for the fiscal year 2021-22 by the Indian Government which is a budgetary increase of around Rs 305 crore in comparison to the fiscal year 2020-21.

The Pradhan Mantri Fasal Bima Yojana covers all Food & Oilseeds crops. An annual Commercial/Horticultural crop for which past yield data is available has been covered under PMFBY along with the requisite number of Crop Cutting Experiments that have been conducted under the General Crop Estimation Survey or GCES.

Maharashtra was the first state to integrate its land records with the PMFBY web portal.

Pradhan Mantri Fasal Bima Yojana or PMFBY has various notable features. Both the older and the revamped version are in sync with the ailing crisis that the country’s ailing agriculture sector is facing. Some of the important features are covered here.

To ensure more effective implementation of Pradhan Mantri Fasal Bima Yojana or PMFBY, the Government felt that the revamping of the scheme is an absolute necessity. Let’s check what’s new in the PMFBY revamped version.

The changes brought forth in the Pradhan Mantri Fasal Bima Yojana are welcome but still, various loopholes exist that need to be filled for its effective implementation.

With the revamped PMFBY, the Government is trying to ensure transparent, timely assessment of the yield, quick computation and payment claims to realize the goal of Atmanirbhar Krishi and Atmanirbhar Farmers.

All details about ZBNF

NABARD Grade B Mains 2019: How to Succeed in Paper III? 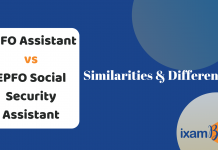 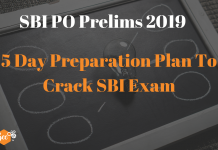 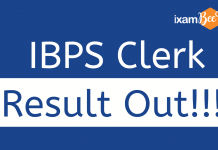 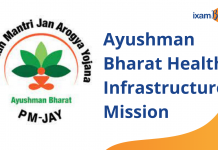