Every month brings with itself a unique set of holidays and occasions. In this article, we will look at some of the important occasions that are held on  May 12, 2021. All the important events spoken of below have been affected by the COVID-19 pandemic and are observing their events under COVID-related protocols. This topic is important for competitive exams like Bank PO, RBI Grade B, NABARD Grade A/B, SSC CGL and other exams as part of their General Awareness syllabus. Let us learn more about the important events that occur on May 12 and why they are commemorated.

The International Nurses Day is celebrated every year on May 12, on the birth anniversary of Florence Nightingale, around the world. The International Council of Nurses takes precedence in selecting themes and producing reports and nursing kits for the nursing community all over the world. At a time like this, where members of the medical community have selflessly served to fight the global pandemic, the need to celebrate International Nurses Day has become even more important. On this day, the International Council of Nurses produces and brings out reports and resources about the community of nurses across the world. They also provide kits that contain educational and public information materials, for the benefit of nurses all over the world.

The theme for International Nurses Day 2021, is “Nurses: A Voice to Lead – A Vision for Future Healthcare”. As one might expect, this year’s celebration is dedicated to the nurses who have given their all during the COVID-19 pandemic. The theme for International Nurses Day 2021 seeks to explore how nursing will look into the future and how nursing as a profession will revolutionize the next stage of healthcare. To better understand the significance and importance of this day, let us take a look at the International Nurses’ Day themes for the last decade. This will help us to cognize the various aspects which are celebrated and the concerns and challenges faced by nurses.

The Florence Nightingale Nurses Award in India is conferred upon nurses who have shown exemplary dedication to their profession. Last year, in 2020, the award was presented on May 12. The award consisted of a cash prize of ₹ 50,000, a certificate and a medal.

The Cannes Festival or the Cannes Film Festival is an international film festival held in Cannes, France every year at Palais des Festivals et des Congrès. Festival de Cannes (French) which began in 1946 is a film festival where movies across genres are screened from all over the world.

When is the Cannes Film Festival celebrated?

As aforementioned, the Cannes Film Festival has been postponed for a couple of months in the light of the COVID-19 related problems. Since this is an international festival with attendees coming in from all over the world, the situation needs to become stable across the globe. In the hope for the same, the authorities of the Cannes Film Festival are intent on holding an in-person festival rather than a virtual one at Palais des Festivals et des Congrès as per the legacy. This is why the dates have been postponed in the hopes that things will be better and international travel will be safer and easier.

The Nebraska Children’s Groundwater Festival is held annually at the Central Community College and College Park campuses for fifth-grade students. Since 2004, the leadership of the festival was handed over to the host community of Grand Island, Nebraska, and has continued since. The Nebraska Children’s Groundwater Festival has been so successful that it has been adopted as a model across the world.

The Nebraska Children’s Groundwater Festival was begun in 1988 in the state of Nebraska, United States, to educate young children about the importance of groundwater and the role they play in our ecosystem in general and the water cycle in particular. It is a dynamic, activity-based fun yet educational festival organised for 4th and 5th-grade students from schools across the state of Nebraska.

The Nebraska Children’s Groundwater Festival scheduled for 2020 had to be canceled in compliance with COVID-19 guidelines. This year, in 2021 the festival coordinator, Marcia Lee, has announced that the festival will be held virtually. With the virtual Festival, students will enjoy the same hands-on activities that create fun and memorable educational experiences. The festival will also  enable students to better understand the concepts the groundwater professionals are teaching.

Listed below are the activities and presenters scheduled for this year.

Let us look at some of the other important historical events that took place on May 12 in brief. 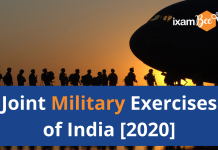 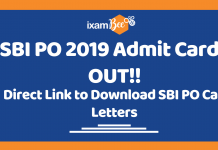 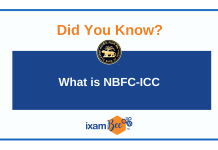 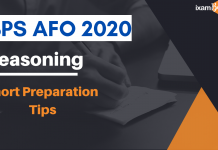