The Panchayati Raj System in India was introduced right after India gained her independence. This system of transfer of power to the lowest strata of the political ladder is called Local self-government. In this democratic decentralization of power, the participation of people from the grassroots levels was encouraged in the process of administration. In India, this form of democratic decentralization was introduced with the formation of the Constitution. Article 40 states that:

“The state shall take steps to organize village panchayats and endow them with such powers and authority as may be necessary to enable them to function as units of self-government.”

However, the system has evolved through the years depending on the needs of the people and for efficient administration. In this article, we will examine the evolution of the Panchayati Raj System in India by touching upon the important milestones that led to the formation of the system as we understand it today. This is an important topic for General Awareness that is tested in exams like SSC CHSL, NABARD Grade B, IBPS RRB PO, IBPS RRB SO, RBI Grade B and such. This is also an important topic for the Rural Development Syllabus for the NABARD Grade A exam.

The Balwantrai Mehta Committee was established in 1957 to investigate the issues of democratic decentralization in post-independence India. The Committee was required to record and review the Community Development Programme (CDP). The Committee also made substantial suggestions for the Program. It highlighted how and why the community development program had been unsuccessful in the past because it failed to arouse local interest and participation from people. The report instated how there could be no development of rural areas without popular participation. The proposals of the Balwantrai Mehta Committee were officially adopted on April 1, 1958. The committee laid down the following fundamental principles:

Two decades after the Balwantrai Mehta Committee, the Janata government of the time appointed a new committee in December 1977. This Committee was appointed under the chairmanship of Shri Ashok Mehta to study the Panchayati Raj Institution and thus came to be known as Ashok Mehta Committee. It submitted its survey report next year in August of 1978. They made 132 recommendations to revive and bolster the shrinking Panchayati Raj System in the country. Its main recommendations were:

The Rajiv Gandhi government created the L.M. Singhvi Committee in 1986 to examine the problems faced by Panchayati Raj Institutions. The Gram Sabha became the lowest-strata administrative body in a decentralized democratic structure. The Panchayati Raj Institutions were viewed as institutions of self-governance that would expedite the participation of the people in the process of planning and development. Its recommendations  were as follows:

All the efforts finally culminated in the adoption of the 73rd Amendment Act, 1992 that added a new part to the Constitution. The new part or part IX consisted of 16 Articles and the Eleventh Schedule. According to the Act, the three-tier system functions as follows:

ixamBee has launched a ‘Get Vaccinated, Get Rewarded‘ offer to provide a flat 18% off to candidates who are preparing for competitive examinations and would like to buy any of our courses. To avail of this offer, all you have to do is upload a picture of yourself getting jabbed.

At ixamBEE you can find free Online Test Series, GK updates in the form of Beepedia, as well as latest updates for Bank PO, Bank Clerk, SSC, RBI, NABARD and Other Government Jobs. 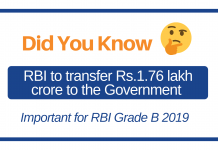 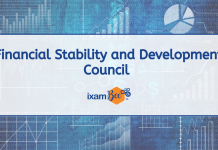 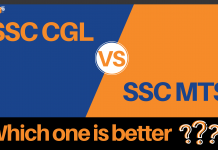 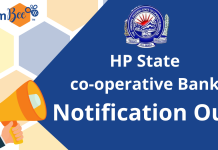