A ‘Current Account’ is a record maintained by every country wherein they record their economic transactions with other countries. The transactions of this account are reviewed at fixed intervals, say, quarterly or yearly. The current account comprises net revenue and interests on loans, investment of capital abroad and other transfers such as donations, foreign aid and remittance.

Changes and imbalances in a country’s Current Account affect the internal functioning of the economy. In the case of highly developed countries such as the United States and China, this imbalance directly or indirectly affects the international economy.

In this article we will learn about these Current Accounts and what happens when they run into a deficit. We will study the related problems and try to understand some solutions that may be applicable.

CAD may also be understood as the difference between a country’s savings and its investments. The trade deficit is the largest component of the CAD. When imports increase vis-à-vis exports, it is called a trade deficit.

The earnings on exports, investments abroad and incoming payments are understood as credits. Conversely, the imports, foreign investments’ earnings in the country and outgoing monetary transfers to other countries are understood as being debits. Therefore, when the debit exceeds credit, it is known as Current Account Deficit.

Current Account Surplus (CAS) refers to the positive current in debit/credit flow. This is due to the balance of exports vis-a-vis imports, favours the scale of exports. Simply put, it is the opposite of the Current Account Deficit. However, prolonged CAS may indicate low demand for a country’s goods abroad or a fall in import of foreign goods.

Balance of Trade (BoT) is a concept very closely related to CAD. In fact, people often use it interchangeably. However, there is a small but significant difference between the two. Unlike CAD, Balance of Trade only takes into account the difference between a country’s transactions on import and export of goods and services only. It does not consider other forms of earnings or expenditure, e.g., domestic capital present overseas and such.

When the scale of balance dips towards higher imports, the subsequent CAD results in a number of problems for the country facing it. Although short-term CADs are not extraordinary, when countries run on trade deficits for a long time, certain problems emerge. Some of these problems are:

For example, in the short-run investor nations may help out a country facing a deficit. This is favourable for the debtor country because it drives economic growth. However, over longer periods of time, the inability to pay back or lack of growth in the domestic economy may alienate foreign capital.

However, we must remember that CADs impact different countries differently. As aforementioned, short-term deficits are not uncommon. Similarly, CADs in developed countries may not affect them as severely as it would in a lesser developed country.

There are a number of ways in which nations take care of the imbalance in their accounts depending upon the situation and the cause of the deficits. Some of the measures that are/can be adopted are:

During the first 3 quarters of 2020, India experienced a Current Account Surplus. However, in the last quarter of the year, the account fell to a deficit of $1.7 billion (0.2 per cent of Gross Domestic Product (GDP). For the first quarter of the year 2021, India is running at a 1% (of the Gross Domestic Product) deficit according to the Reserve Bank of India. India’s CAD stood at $8.1 billion for the January-March quarter.

This is an important topic for candidates who are preparing for government exams. In particular, this is important for students who are aiming for Banking exams, however, in general, this topic may be assessed as part of the General/Financial Awareness sections in other examinations as well. If you are preparing for any competitive exam, you can find such notes on ixamBee’s BeePedia page. Here, we provide timely and crisp notes on all relevant themes related to Current Affairs.

If you are still trying to figure out which exam is the right fit for you, you can take a look at the upcoming government exams. We hope it will help you make up your mind.

We also provide a number of Online Courses for various exams such as Banking, Insurance, Railways and Teaching Recruitment exams to name a few. So whichever exam(s) you choose to take, ixamBee is here for you.

At ixamBee, you can find free Online Test Series, GK updates in the form of BeePedia, as well as latest updates for Bank PO, Bank Clerk, SSC, RBI, NABARD, and Other Government Jobs.

All you need to know about the newly launched e-RUPI 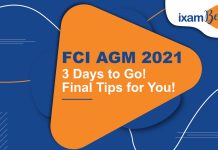