We all are here again to remember what terrorism has caused us. We all are, here again, to share the grief, loss, and pain which is dwelling inside us since forever. The National Anti Terrorism Day gives us a chance to stand together and salute every life. A day to pay tribute to soldiers who bravely sacrificed themselves to protect their Nation, to people who were demised in the act called Terrorism. Let’s salute each individual for fighting against terrorism.

“So many nations have suffered due to terrorism. Terrorism is not a challenge to a nation, it’s a challenge to humanity.” – Prime Minister Narendra Modi

On this day, the Anti Terrorism pledge is taken in all the government offices, public sector undertakings, and other public institutions, and more.

“We, the people of India, having abiding faith in our country’s tradition of non-violence and tolerance, hereby solemnly affirm to oppose our strength, all forms of terrorism and violence. We pledge to uphold and promote peace, social harmony, and understand among all fellow human beings and fight the forces of disruption threatening human lives and values.”

The objective of Anti Terrorism Day

The objective of Anti-Terrorism Day is to spread a message of peace, humanity, unity, and harmony among people while also raising awareness of terrorism’s anti-social activities.

It is observed in order to make young minds aware that terrorism is wrong and they should never fall victim to terrorism or terrorist activities in any way.

Every day, we learn about one terrorist act or another from the newspaper or television. Terrorists primarily want to instil fear in the minds of common citizens. They murder thousands of people without guilt and they have no conscience.

The message of humanity and harmony must be spread widely. The Indian government has taken the initiative to commemorate Anti-Terrorism Day every year to emphasise the importance of combating terrorist activities.

During Rajiv Gandhi’s campaign, a woman who was a suicide bomber and an internal member of the Liberation of Tamil Tiger Eelam (LTTE), a notorious terrorist organization, approached him. She approached Mr. Gandhi intending to place a garland on his feet and touch his feet. She had explosives under her clothes. The explosion occurred just after she approached him.

During the assassination, 25 people were killed, and the country’s youngest Prime Minister was killed. Over the years, India has mourned the death of Mr. Rajiv Gandhi. Post that year, the National Anti-Terrorism Day is commemorated every year to ensure that no more innocent man is killed by terrorism and crime.

On the occasion of Anti-Terrorism Day, the government and various other organizations hold various events, programs, and campaigns to inform people about living a peaceful life without participating in any terrorist acts. The idea is to cultivate a sense of nationalism/national integration among people as well as to raise the consciousness of how to defend themselves.

In view of the ongoing Covid-19 pandemic, the Ministry of Home Affairs under the Government of India emphasized on following all the preventive measures like social distancing, wearing face masks, as prescribed and recommended by the Ministry of Health and Family Welfare, Government of India. This year all the programs for the occasion will be virtual. No social gatherings are allowed.

On March 12, 1993 Bombay (now Mumbai), was struck by 13 blasts in various parts of the city. The attack on India’s financial capital brought the entire world to a halt.

One of the biggest organised terrorist attacks on Indian land resulted in the deaths of 260 people and more than 700 were injured. The first explosion occurred around 1:30 PM in the Bombay Stock Exchange building, and over the next two hours, a series of car and scooter bombs went off at regular intervals throughout the city.

Five terrorists from Pakistan’s Lashkar-e-Taiba (LeT) and Jaish-e-Mohammed (JeM) attacked the Indian Parliament building on December 13, 2001 resulting in a 45-minute gun battle in which nine police officers and parliament workers were killed.

Terrorists dressed in commando uniforms stormed the Parliament in cars bearing ministry stickers via the building’s VIP entrance. As a result of the attack, India and Pakistan are locked in a military standoff. Both nuclear-armed countries have deployed large numbers of troops along the Line of Control (LoC) in Jammu and Kashmir.

On July 11, 2006 a sequence of seven bomb blasts occurred in Mumbai’s Suburban Railways over the course of 11 minutes. The explosions killed a total of 209 people and wounded over 700 people. Pressure cookers were used to blow up the explosives.

Another deadly attack on Mumbai occurred in 2008, when ten Pakistan-based Lashkar-e-Taiba terrorists carried out 12 coordinated shooting and bombing attacks across the city over the course of four days. At least 174 people were killed, with more than 300 injured. Only one terrorist out of ten survived the attack. His name was Ajmal Kasab. On November 21 2012, he was hanged in the Yerwada jail.

On February 14, a convoy of vehicles carrying CRPF personnel was targeted by a vehicle-borne suicide bomber in Jammu and Kashmir’s Pulwama district, in one of the deadliest terrorist attacks on security forces. The attack claimed the lives of forty members of the CRPF.

When the attack happened, the convoy, which consisted of 78 vehicles, was carrying 2,547 jawans. The jawans were on their way back from leave or to deployment zones. The bomber slammed into the CRPF convoy with an explosive-laden truck. It was later discovered that the Jaish-e-Mohammed suicide attacker used approximately 80 kilogrammes of explosives in his attack.

After the Pulwama attack, tensions between India and Pakistan erupted. India summoned Pakistan’s top diplomat and lodged a strong protest.

On February 26, 2019, about 12 days after the terror attack in Pulwama, Indian Air Force jets attacked Jaish-e-Mohammed (JeM) terror camps in Balakot. This was the first time India’s Armed Forces had crossed a foreign border to launch a pre-emptive strike since the 1971 war.

In November 2020, Prime Minister Narendra Modi said that terrorism is the world’s “biggest problem,” and that countries that help and assist terrorists must be kept accountable, an oblique reference to Pakistan. The prime minister said there was a need to tackle the problem of terrorism in an organized manner while speaking via videoconference to the BRICS summit of five-nation grouping.

Russian President Vladimir Putin hosted the 12th BRICS summit. The BRICS (Brazil, Russia, India, China, and South Africa) are a powerful group with a combined population of over 3.6 billion people, or half of the world’s population. The total GDP of the BRICS countries is USD 16.6 trillion. 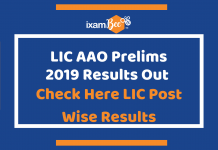 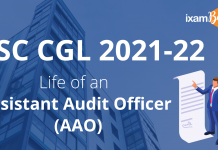 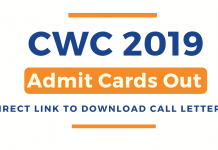