Analyzing obstacles to successful communication can be more difficult than you think. Filtering, selective interpretation, knowledge overload, emotional disconnects, lack of source familiarity or legitimacy, office gossip, grammar, gender gaps, meaning differences between Sender and Receiver, and biased language are all examples of these. Let’s take a look at each of these roadblocks one by one. Barriers to communication is an important topic for all the exams and useful for the interview. Exams like SBI Clerk, RBI Grade B, SEBI Grade A, FCI AGM have included communication as a part of recruitment exams.

So, for a better understanding of communication and its barriers let’s begin.

Anything that prevents us from receiving and understanding the messages others use to communicate their knowledge, ideas, and thoughts is referred to as a communication barrier. Attitudinal Barriers, Behavioral Barriers, Cultural Barriers, Language Barriers, and Environmental Barriers are the five forms of barriers to successful communication.

People with different personalities, beliefs, and discrimination are a common cause of organizational communication breakdown. We may draw on a wider spectrum of perspectives, concepts, experiences, and understanding by valuing different people. Bias, generalizations, and stereotyping can all lead to communication barriers. Language barriers exist when people do not speak the same language or do not have the same degree of skill in a language. Empathy is crucial for overcoming cultural barriers to communication. Numerous environmental factors influence successful communication.

As the world becomes more globalised, every large office will have employees from all over the globe. Several fundamental values of society have different meanings in different cultures. From one culture to the next, clothing, religions (or lack thereof), food, drinks, pets, and general behaviour can differ dramatically. As a result, we must consider these various cultures when communicating. This is what we mean when we say that something is culturally acceptable.

Noise, in particular for verbal communication, is another obstacle. The flow of communication is disturbed by noise. The receiver does not receive oral signals from the communicator, which dilute the message. Although noise definitely affects oral communication, written communication can also have an impact to the degree. When someone who writes a letter or a report can lose his focus and hence his flow of thinking.

Environment determines the efficiency of communication. If a receiver is in a noisy location he is unlikely to detect the message that is being sent. If an encoder cannot clearly communicate information at a musical concert, he will not deliver his best to the audience. A barrier to communication can also be geographic distance.

Different channels, instruments and gadgets such as the telephone, the microphone, projection systems, printers, photocopiers, telexes, faxes, radios, film and digital data are being used to communicate, particularly the transmission of messages. All this is very helpful when it works smoothly. At the same time, when they struggle to perform their duties effectively, they serve as obstacles.

Consequently, communication does not hit the target audience. The delay in sending messages to the receivers will result in unexpected circumstances. Technology is widely used in today’s organisations for communications. The whole communication process could be ruined by a technological failure or even a minor technical failure.

Information flow may be prevented by the psychological condition of the communicators. If the receiver has problems, they would probably be less careful, which may lead to bad communications. The sender and recipient’s emotional state affects how the message is received, interpreted, and delivered.

Whoever is not in a good mood would probably speak less or speak negatively. A worried mind is not pleasant to communicate with. For instance, if someone is upset, he/she might talk later about things they regret. An angry person can easily misunderstand the message, even when hearing someone else talk.

Other feelings, such as anxiety, nervousness, confusion, distrust and envy influence the process of communication. For instance, a person who has extreme happiness laughs at something he/she says. The same person cries or gets upset in minor circumstances when he is sad.

Some people are always in haste. Such people would probably make fast judgments and conclude. They do not take into account all aspects of knowledge, for example social, cultural, economic, etc., and often take quick, mistaken decisions.

Deafness and impairment of hearing

An audio message can not be received/sent by a receiver/sender with hearing disorders or hearing loss. The person also can’t talk easily with people. If he/she has a very serious hearing impairment, he/she may only hear words and cannot get the purpose out of the message.

In communication, the use of eyes is as vital as other parts of the body, as message building occurs mainly through seeing. Sight loss, impaired vision, short sight, hypermetropia, blurred vision, a visual vision of the tunnel, etc. are some forms of visual disability.

Semantic is the study of meanings, symbols and signs used in communication. Semantic communication barriers are symbolic obstacles, which in some way distort the sent message, making it harder to understand.

The significance of words, signs, and symbols can vary and the same word may have hundreds of meanings from person to person. If a sender sends a message to a recipient, a communication mechanism that causes misunderstandings between them may also be interpreted incorrectly.

The denotative sense is the direct meaning of every word which two people must share in order to understand. The obstacles arising from the sense or significance of a term differently used by sender and recipient are denotational communication barriers. They disagree about the meaning of a word since they do not know what the other person is trying to imply.

The implicit significance of a word is called connotative meaning. Connotative communication barrier refers to the disparity in meaning in various abstract situations, contexts, behaviors, and sensations. They both know the significance of the expression, but use one meaning according to the context, which might be used differently in another context.

Globalization has constantly allowed cultural barriers to be surmounted. The relaxing and peaceful pace of the East, the formal and official British style, the informal and factual character of the Americans, Indian ethnicity, the detailed nature of Germans as well as French severe courtesy and politeness of speech are all cultural characteristics.

Cultural communication barriers are most often encountered when communication between two cultural backgrounds takes place. In daily life, we are facing cultural barriers. The entire world performs and participates on one forum in the era of globalisation and digital media. For the successful and fruitful communication method, mutual understanding between communicators is essential here. 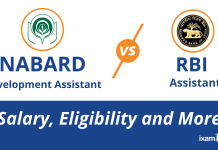 Did You Know: What is SMA, NPA, and Provisioning for NPA?... 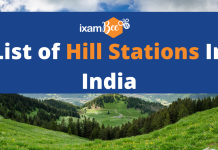 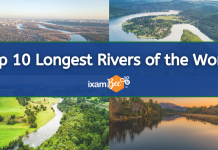 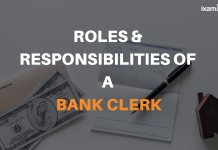