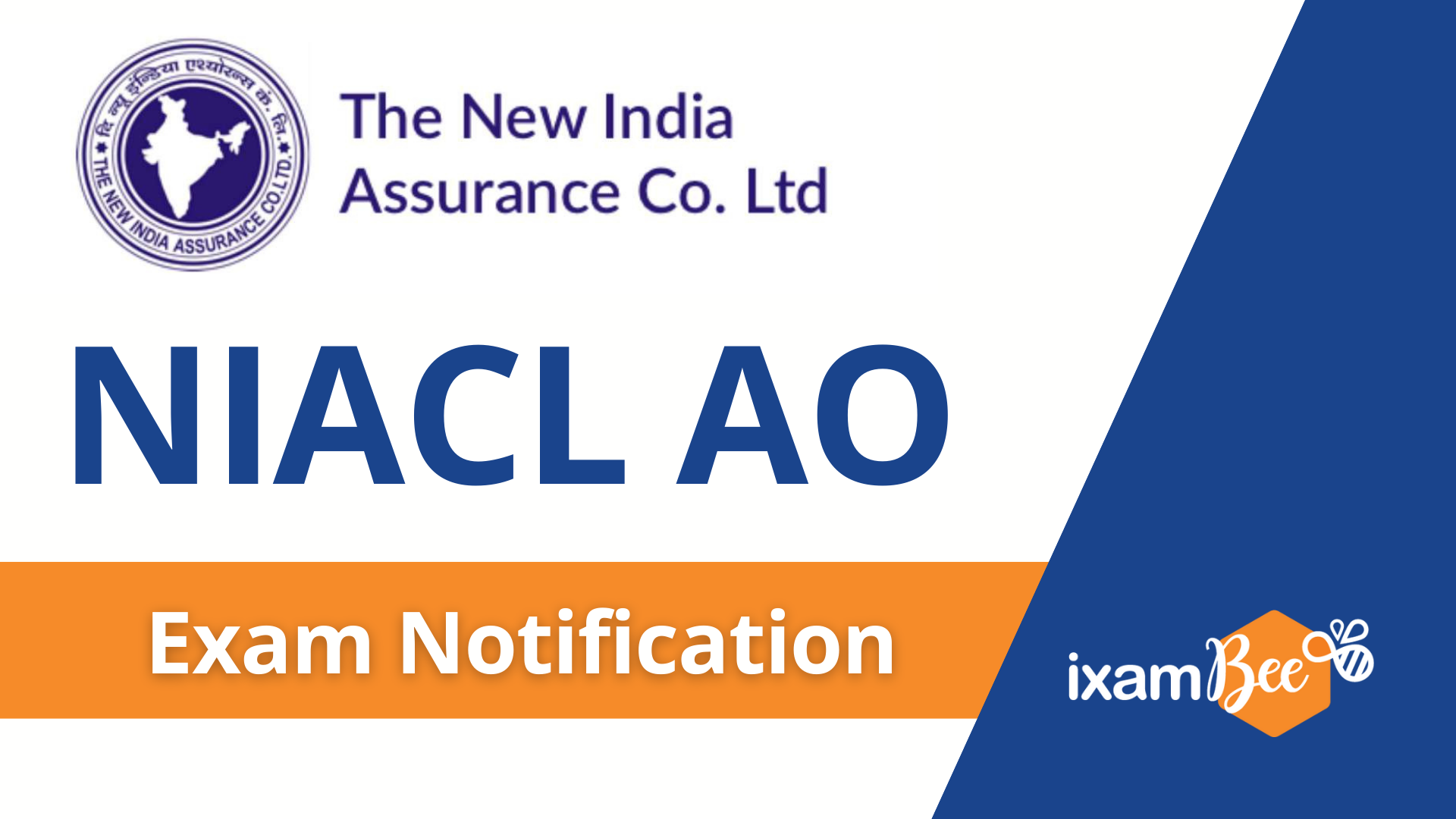 The New India Assurance Company Ltd. is one of the five largest general insurance companies in India. The official notification for NIACL AO has finally been released for the post of Administrative Officers (Generalists). It is also advised to start your preparation as soon as possible because the NIACL AO exam is tentatively expected to happen in October. It is going to be an excellent opportunity for the candidates to get a chance to work in one of the best government organizations in the country. The online registration/application will commence on Sept 01, 2021. The candidates should start applying as soon as the window opens.

A candidate first needs to ensure his/her eligibility before applying for the NIACL AO post. Once you do that, filling out the application form will be the next step that should be taken very seriously by the applicants because any incorrect information will lead to disqualification from the exam. A candidate is required to carefully check all the requirements for the post before applying for the same. A candidate needs to have all the required documents like 10th certificate, degrees, identification card number, etc. to fill the application form.

We have provided step by step process to help the candidates in filling out the application form:

In the last process of the application form, a payment option will pop up in which a candidate needs to pay the required amount of fees in order to successfully complete the application process. There are different guidelines for the payment of fees for different categories. The fee amount will vary according to the category of a candidate. Complete details of the NIACL AO application fee are provided in the table below.

Once the online application process is completely done, the next step will be release of the call letters for the exam. NIACL will open the download of the NIACL AO admit card on its website a few days before the exam. Candidates will be required to download their admit cards from the official website before the last date. The call letter will mention all the details like exam date, time and venue. Separate call letters will be issued for both ‘Phase 1’ and ‘Phase 2’.

For the candidates who belong to SC/ST/OBC (Non-creamy) category, NIACL conducts a pre-exam training session to make them familiar with the exam process. The candidates who are willing to take this training need to register themselves with the Regional offices of New India Assurance Co Ltd. that might be convenient to them. The candidates will have to attend the training at their own cost.

Boost your preparation with Beepedia

Collection of Weekly Current Affairs to be up to Date

High Quality Mock Test for you

When will the notification of NIACL AO 2021 release?

The official notification for NIACL AO has been released on Aug 24, 2021.

The NIACL AO recruitment has been released for how many posts?

NIACL has released vacancies only for the post of Generalists.

How many vacancies were released in 2018 for the post of NIACL AO?

NIACL had released around 312 posts for NIACL AO.

How many vacancies have been announced in NIACL AO recruitment 2021?

300 vacancies have been announced this year for NIACL AO Generalist post.

Will Prelims admit card be valid for Mains as well?

No. The admit card for Prelims will have to be submitted at the end of the exam. Separate call letters will be issued for Prelims & Mains.