Staff Selection Commission (SSC) is Government of India organization that recruits staff for various posts in the various Ministries and Departments and in Subordinate Offices. SSC was founded on November 04, 1975 and is headquartered in New Delhi, India. It organizes various exams every year such as SSC CGL, SSC Staff Selection Post, SSC Stenographer and SSC CPO etc. SSC CHSL is one such exam that is conducted every year for the post of Lower Divisional Clerk (LDC)/ Junior Secretariat Assistant (JSA), Postal Assistant/ Sorting Assistant (PA/SA), and Data Entry Operator (DEO).

SSC has finally released SSC CHSL 2020-21 recruitment notification and Tier-1 of the same is going to be held from April 12-April 27, 2021. Before proceeding further let’s have a look at the selection process of SSC CHSL 2020-21 exam.

SSC CHSL 2020-2021 exam is going to be held in three tiers (wherever applicable). In order to go ahead with the selection process, you need to qualify for each tier of SSC CHSL 2020-21 exam.

SSC CHSL 2020-2021 exam is one of the popular exams in our country. Lakhs of aspirants attempt this exam every year but only a handful of them make it to the final list of the exam. In order to make it to the list you would need a strategy through which you will be able to secure a seat in the SSC CHSL exam. SSC CHSL 2020-21 is not the toughest exam but as the competition is huge, it makes it strenuous to crack the exam.

Let’s discuss what all you need to do to crack the exam.

Evaluate yourself (Know your Level):

After evaluation, write down your weak and strong areas.  You can also refer to our SSC CHSL 2020-21 Study Plan so that you can get help in making a right and practical time table for your preparation. For an effective SSC CHSL preparation strategy, you first need to have a thorough understanding of SSC CHSL syllabus as well as its exam pattern.

A good preparation primarily depends on the quality of study material therefore, make sure that you prepare from limited and useful books. To prepare effectively for the SSC CHSL 2020-21 exam you must have your reference books list with you. Make sure you don’t add any other book in the list afterwards. Otherwise you will get influenced by them and it will hinder your preparation. We have provided a list of SSC CHSL 2020-21 below that will help you in your preparation.

You can either practice offline from previous year mock tests available in the market or you can practice online by taking SSC CHSL free mock tests which are better than practicing offline. Make sure you attempt at least 20 SSC CHSL 2020-21 online mock tests because it will help you in many ways. Some of them are provided below:

1. It provides a real time environment for the exam because the actual examination of SSC CHSL is also a computer-based test.

2. Online Test series has updated questions according to the latest pattern. You need not to worry about paying for Online mock test series because ixamBee provides online mock tests of various exams absolutely free of cost. You can attempt SSC CHSL 2020-21 Mock tests free of cost just by registering to our website.

Previous year papers are very important in the preparation of SSC CHSL 2020-21 exam as 70% of the questions are repeated and in addition to that you also get an idea about the difficulty level of the exam. Make sure you solve at least the last 7 to 8 years papers so that every type of question asked in the past exams is covered.

Also, don’t forget to watch the below mentioned video explained by Mr. Anshul Mailk  who is serving as a section officer (Cleared SSC CGL exam)

SSC MTS vs SSC CHSL: Which One is Better?

SSC CPO vs SSC CHSL: Which One is Better?

Governors of States and Union Territories of India [Updated List] 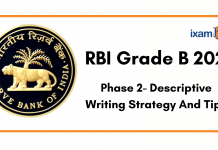 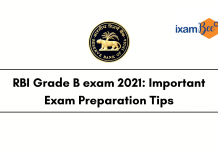 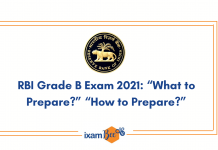 NABARD Grade B Mains 2019: How to Succeed in Paper III? 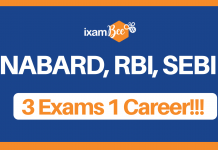 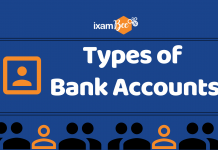 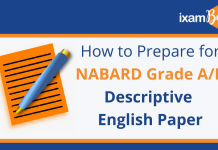 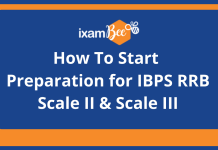