For several centuries April 1 is celebrated as APRIL FOOLS’ DAY by different cultures. People all around the world play hoaxes or practical jokes on others, often yelling “April Fools! to the recipient. April Fools’ Day is always full of fun as everyone tries to prank their friends, relatives, close ones without any guilt. With April Fool’s Day around the corner, many of us were expecting a cheerful end to the hardships that 2020 brought with it, maybe even hoping against hope that the television channels will flash a headline that would say that COVID-19 was a big fat hoax and you could go out and have fun without worrying about the deadly pandemic. Unfortunately, 2021 has other plans. There has been a huge rise in COVID-19 cases in the country. So, stay safe in your house and stay connected virtually with your friends and relatives.

April Fool’s day around the world

Now having gone through the history of April Fools’ Day, let’s analyze why April Fools’ Day is important to us. Born as a human species we love to laugh, play and prank as it soothes all our pain and suffering. We love to laugh so much that there are industries built around laughter. Jokes, sitcoms, and comedians are all designed to make us laugh, because “Laughter is the best medicine.” Playing pranks on others on April Fools’ Day gives way to laughter which can improve health and help fight disease. But at the same time, this prank can be dangerous as some people are too sensitive to handle the situation. Irresponsible pranks on others can lead to a grave consequence. On April Fools’ Day, people love to laugh, at the expense of others, but when people push the envelope and cause damage for attention or envy, the prank crosses the line.

So on this April Fools’ Day before you are planning to play a prank on any of our dear ones, know how they react to jokes because you might not cross your limit but you would be crossing someone else’s boundaries.  Do not cross social boundaries as some pranks or jokes can’t be retracted. Some wounds never heal and friends can never be replaced. ixamBee wishes you Happy Fools’ Day. Play healthy pranks and enrich your bond and relationship. 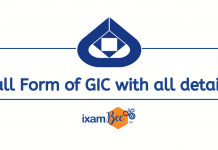 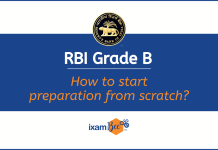 How to start RBI Grade B preparation from the scratch? 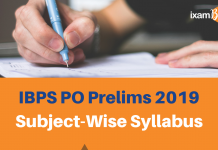 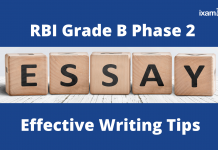