EMRS stands for Eklavya Model Residential School. An initiative started by the Ministry of Tribal Affairs, it is an idea inspired by the thought of providing basic amenities and quality education to the tribal children who live in remote areas and are completely exempted from basic education and life skills.

The Eklavya Model Residential School (EMRS) released 3479 vacancies for the posts of TGT, PGT, Principal, and Vice-Principal posts across 17 states in India. The exam was initially announced to be tentatively held in the first week of June. However, the exam has been postponed until further notice. The EMRS Recruitment 2021 exam dates are expected to be announced soon.

As the name suggests, the EMRS scheme is a significant initiative by the Government of India to develop ‘model’ residential schools for the Scheduled Tribes (STs) across the country. It falls under the purview of the Ministry of Tribal Affairs and was introduced by it around 1997-98.

The criteria based on which an area is considered eligible for the establishment of such a model school is that it should fall under the list of such States/UTs that have been specified as eligible for the grants under Article 275(1) of the Constitution of India. Going by the budget of 2018-19, each such block that contains at least 20,000 tribals or more than 50% of the Scheduled Tribe population will have an Eklavya Model Residential School by the year 2022.

The government provides an amount of Rs 30 lakh once altogether at the time of the establishment of an EMRS, and after that, an additional amount to a maximum of Rs 30 lakh is provided as per the requirement of the schools during the year. If there is a need beyond that, the expenditure is handled by the respective state governments.

Although the Eklavya Model Residential Schools have been set up for those students who stay in remote areas being exempted from all the necessary facilities, and therefore reside in these schools, there is an exception in this scenario.

In case of the ST population exceeding 50% in any identified sub-district, there is a proposition to set up an Eklavya Model Day Boarding School (EMDBS) on a trial basis so that the access to quality education can be extended to those students who do not wish to take the residential facility.

The EMRS scheme is a flagship program initiated by the Ministry of Tribal Affairs in 1988. The objective behind this scheme was to ensure that good quality education can be provided to tribal students in the tribal areas of India. The scheme was re-planned in 2018-19 to set up 452 more new schools, more schools to the pre-existing 288 schools. Of these 452 new schools, the project for 100 schools has been finalized.

How is EMRS beneficial for tribal communities?

The objectives of the EMRS Scheme are:

You can find all the information for the EMRS Exam 2021 about the syllabus, important dates, and more at ixamBee. If you are preparing for the EMRS examination you can find free mock tests on ixamBee.

For this examination, there is also a section tested on General Awareness for which you can find requisite resources on our BeePedia page. These BeePedia updates are free and available in Hindi as well.

If you are preparing for another competitive exam(s) you can find online courses and free mock test series that we have specially curated for your preparation.

At ixamBee you can find free Mock Test Series, GK updates in the form of BeePedia, as well as latest updates for Bank PO, Bank Clerk, SSC, RBI  NABARD, and Other Government Jobs. 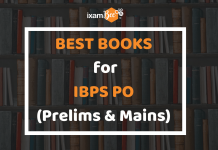 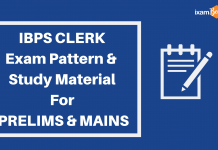 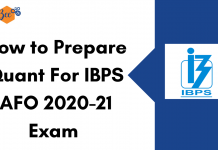